What elements make up proteins?

Proteins are crated by linking together amino acids into protein links called polypeptide chains. There are twenty amino acids of which 12 can be synthesized by the human body and 8 must be ingested in the foods we eat. These 8 are referred to as the essential amino acids. 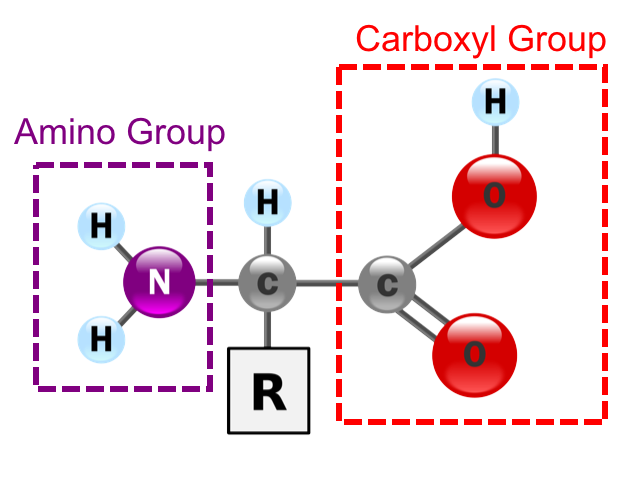 Amino Acids have a basic structure of three components, an amino group made of , a carboxyl group and the last group is called the R-group or variable group which is composed of Carbon, Hydrogen and Oxygen. The arrangement of the C,H and O in this group determines the name of the amino acid. 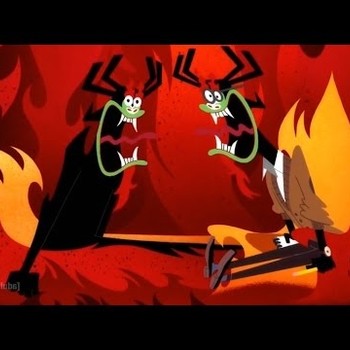 Amino acids are building blocks of proteins. It has the structure as shown in figure: 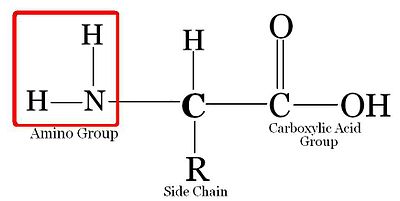 R denotes alkyl group.
R group is mainy includes carbon and hydorgen. Because of that Carbon and hydrogen is the most abundant elements, respectively, in proteins.

20 amino acid exist. How they differ from each other?
The answer is R group. Changing R group gives a new amino acid.

Because of Nitrogen in amine group and Oxygen in carboxylic group amino acids are able behave as base (Lewis Base, Nucleophile). However, Hydrogens tend to behave acidic. This condition makes an aminoacid an acid.