Sodium has 11 protons (atomic number is 11) and has one valence electron. 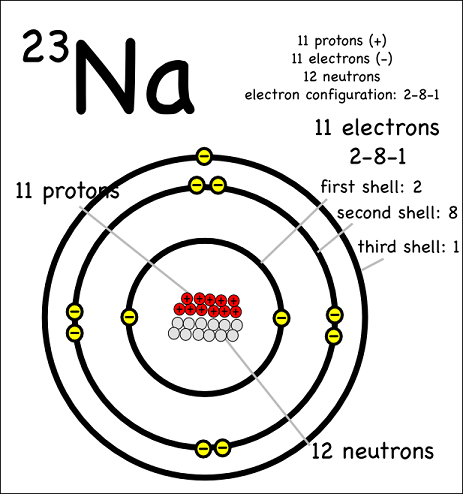