An orbital is simply a mathematical description of how electrons behave in an atom. Each orbital has 2 parts - an angular wavefunction and a radial wavefunction.

As you might have already read, a node is an area with zero probability of finding an electron. The number of nodes, both radial and angular, can be determined from the principal quantum numbers like this:

Now, this being said, the explanaition for why s orbitals have no angular nodes is because the angular momentum quantum number, or , is always zero for these orbitals.

A radial node is a curved node (such as a spherical surface or a hollow sphere) in which there is no electron density, located inside an orbital - this can easily be seen in s orbitals, since they are spherical themselves: 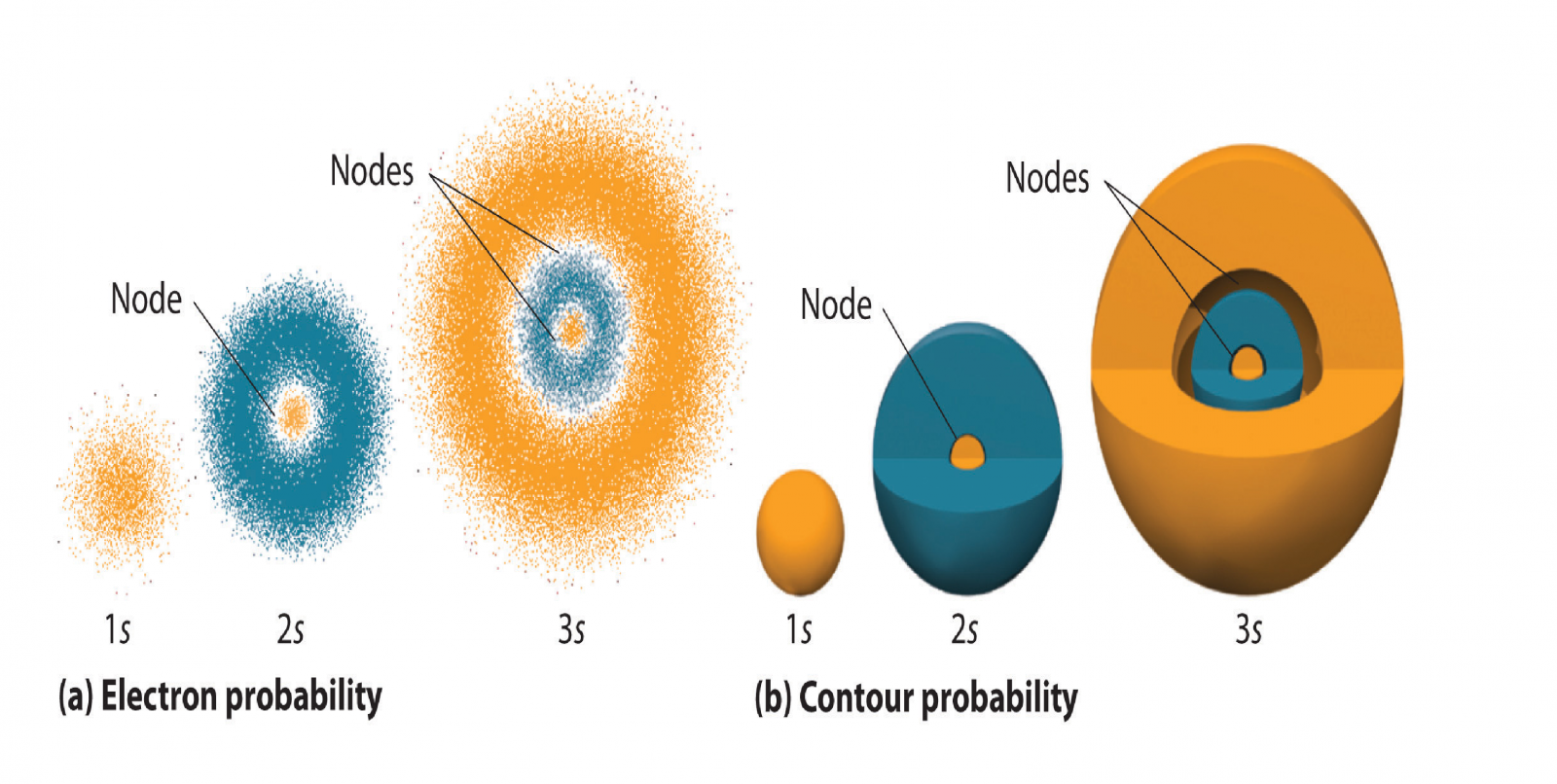 As with all orbitals, the number of radial nodes increases with the principal quantum number .

This means that they can have no angular nodes, which are 2D planes with no electron density that go through the orbital ("flat" nodes), since angular nodes can be visualized on boundary surface diagrams as planar nodes that separate the different signs of the orbital.

6933 views around the world