Your reaction will produce of oxygen gas under those conditions for pressure and temperature.

So, you're dealing with the decomposition of potassium chlorate into potassium chloride and oxygen gas. The balanced chemical equation for this reaction looks like this

Notice the mole ratio that exists between potassium chlorate and oxygen gas - for every 2 moles of the former that react, 3 moles of the latter will be produced.

In other words, regardless of how many moles of potassium chlorate react, you'll always have 3/2 times more moles of oxygen gas produced.

Use potassium chlorate's molar mass to determine how many moles reacted

We've established that you'll produce 3/2 times more moles of oxygen gas, which means that you'll get

Since you know moles, temperature (I"ll use ), and pressure, you can use the ideal gas law equation to solve for the volume of oxygen gas produced

Expressed in mililiters, the answer will be

SIDE NOTE Here's how the lab setup for this reaction looks like - the oxygen gas is collected over water. 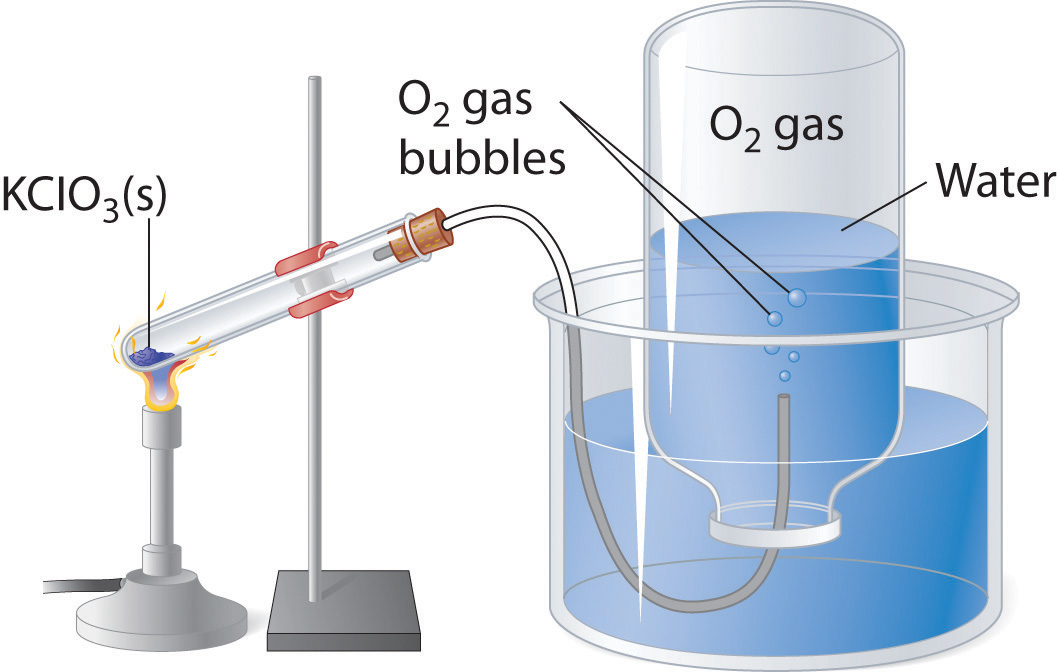 1707 views around the world