Well, this is quite a good question. When I studied as a student the subject I learnt that J. J. Thomson discovered the electron in 1897.
To sustain this I can only quote the litterature: 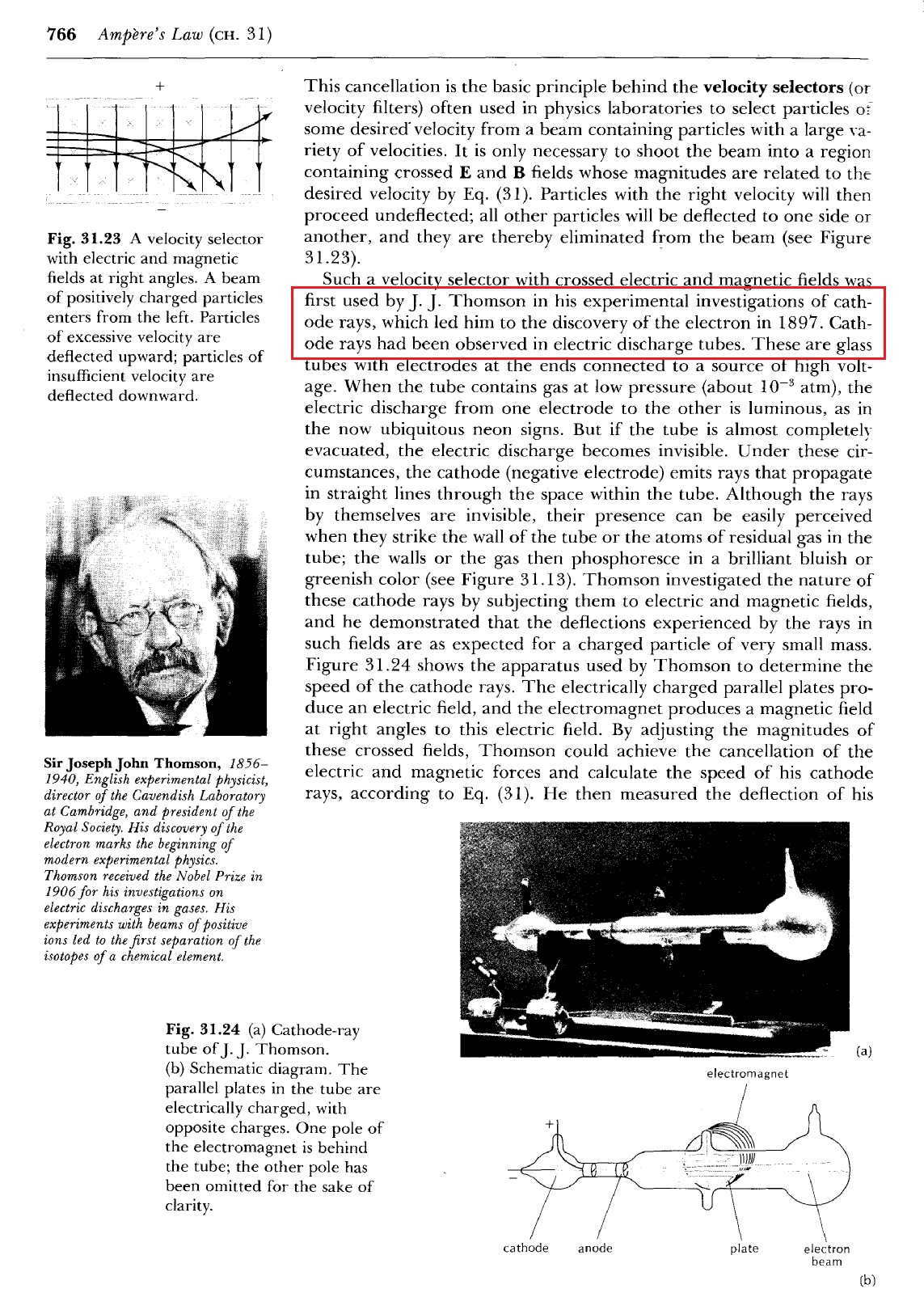 J.J. Thomson is credited with discovering the cathode ray tube consists of electrons.
"In 1897, Thomson showed that cathode rays were composed of previously unknown negatively charged particles, which he calculated must have bodies much smaller than atoms and a very large value for their charge-to-mass ratio.[3] Thus he is credited with the discovery and identification of the electron..." http://en.wikipedia.org/wiki/J._J._Thomson

However, I didn't yet find any reference to Faraday dicovering the electron, but I am still looking!

I noticed that a lot of printed and virtual material quotes Faraday during the evolution that led to the discovery of the electron as an important experimentalist that had a key role to put the basis to the discovery but not to discover it himself.

Faraday worked with cathode rays, but there was at the time no concept of negatively charged particles. J.J Thomson gets the credit for "discovering" the electron.

Thomson's discovery of the electron was built on advances in technology and on the ideas and experimental results of earlier researchers.

Here's a bit of the history.

1830s —Faraday works with cathode ray tubes, but his vacuum pumps aren’t good enough for him to get meaningful measurements.

1840s — the British chemist Richard Laming proposes that there are such things as subatomic particles of unit charge.

1858 — the German physicist Julius Plücker shows that the rays are deflected by a magnet.

1869 — the German physicist Johann Wilhelm Hittorf finds that a solid body put in front of the cathode casts a shadow. This shows that the "rays" from the cathode travel in straight lines.

1874 — the Anglo-Irish physicist George Stoney proposes the name "electrine" for the unit of charge, but in 1891 he changes the name to "electron."

1875 — the British chemist Sir William Crookes makes the first good discharge tubes. He suggests that the magnetic deflection means that cathode rays are made up of electrically charged particles.

1890 — Arthur Schuster calculates the e/m ratio of the cathode ray particles, but he has an incorrect value for their velocity.

1894 — The English physicist J. J. Thomson gets a much better value for the velocity of cathode ray particles.

1897 — Thomson confirms that cathode rays consist of negatively charged particles with less than ¹/₁₀₀₀ the mass of a hydrogen atom. Thus he is credited with the discovery of the electron and of the first subatomic particle.

2940 views around the world