The force responsible for the attraction between molecules is the electromagnetic force, which manifests itself through the attraction of opposite charges and repulsion of like charges.

The electrostatic force of attraction that exists between opposite charges dominates the interactions between atoms and between molecules; the gravitational force is so small in this case that it can safely be neglected.

That being said, the size of the molecule impacts the force of attraction through the electron cloud, more specifically through the magnitude of random distorsions that arise in the electron distribution of a molecule.

In the case of nonpolar molecules, which only exhibit weak van der Waals interactions, or London dispersion forces (LDF), molecular size has a direct impact on the magnitude of the electron cloud that surrounds said molecule.

When this happens, the molecule can polarize a neighbouring molecule's electron cloud attraction takes place because the partial positive side of one molecule is attracted to the partial negative side of another molecule. 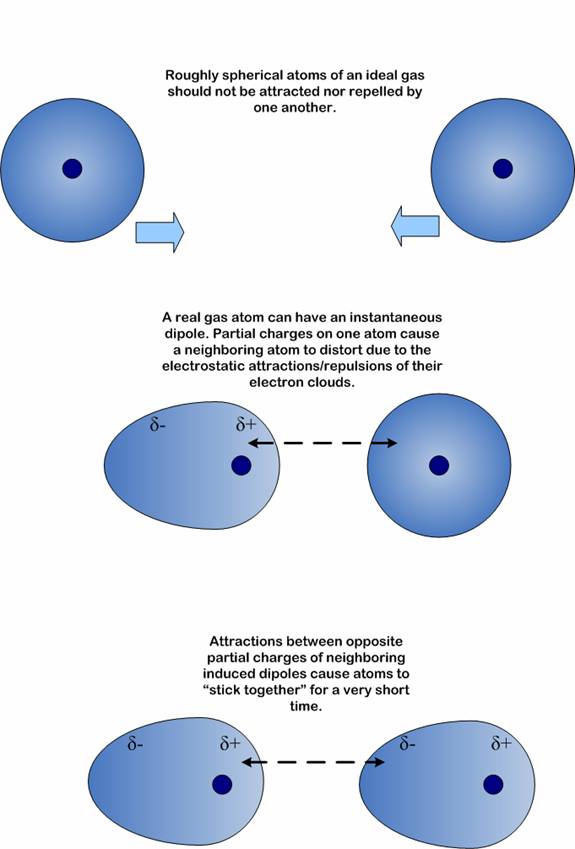 As a conclusion, larger molecules have larger electron clouds, which in turn can give birth to stronger attractions once distorsions in the electron distribution take place and partial charges arise.