The capability of an atom to gain or lose it valence electrons in order to complete it's valence shell ( last shell) is known as valency.
For Example,
SODIUM
ATOMIC NUMBER- 11
ELECTRONIC CONFIGURATION- K-2,L-8,M-1 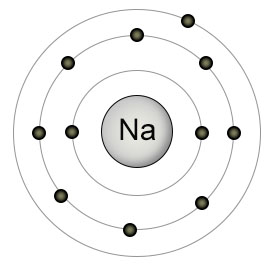 5834 views around the world