Because, basically, it is less dense than the surrounding water.
A piece of ice displaces water when immersed in water and receives a buoyant force proportional to the weight of the displaced liquid, a phenomenon known as Archimedes’ Principle.

Consider the example of the iceberg: 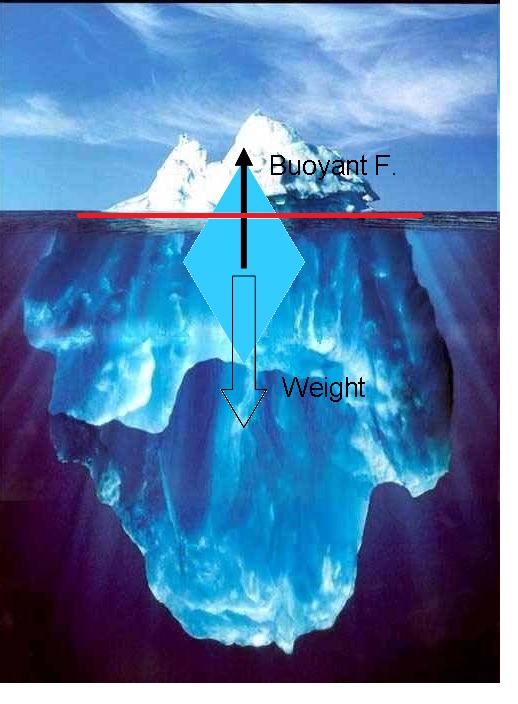 From (1):
weight water displaced=weight iceberg
or:


where is the volume of displaced water corresponding to the submerged part of the iceberg:
You get that:
submerged
So, 89% of the iceberg is submerged!
If the two substances had equal densities it would still float but with no visible external part:
submerged

Indeed, ice floats in water because it's less dense than water.

In liquid water, water molecules are constantly on the move, always bumping and colliding with other water molecules. This implies that the intermolecular bonds that exists between the water molecules, the most important to mention here being the hydrogen bonds, are being broken and reformed constantly. 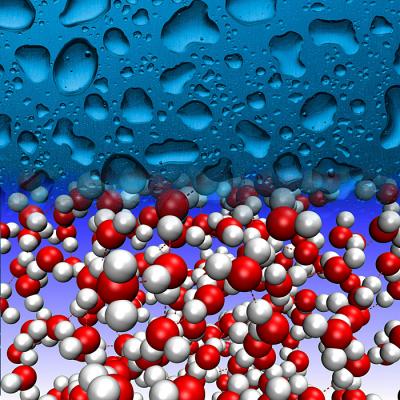 Everything slows down a bit. This implies that the hydrogen bonds are not being broken at the same rate as they are being formed. Two water molecules are in contact with each other for longer periods of time.

Since you cannot pack as many water molecules per unit of volume as you can in liquid water, ice will have a lower density. 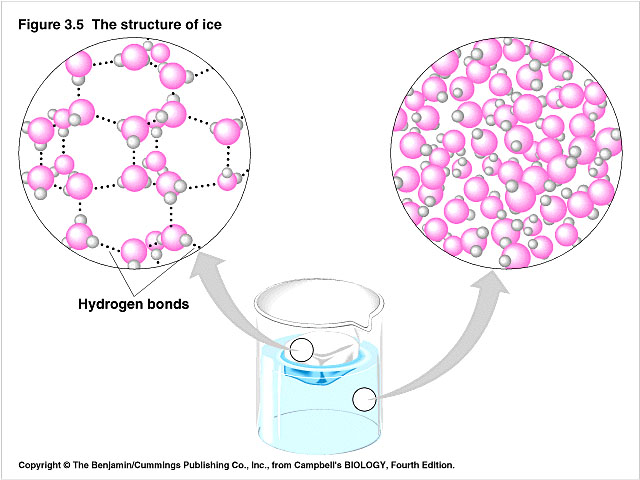 From here, like Gió showed in his answer, it's just a matter of buoyancy and of Archimedes' Principle.

1917 views around the world