The interaction in tertiary structure is not van der Waals force.

Tertiary stuructures of protein molecules are formed by interaction between two amino acid side chains, including:

A hydrophobic interaction(lower right), hydorogen bonds (upper right and lower left)and an ionic bond(upper left) are shown in the figure below. 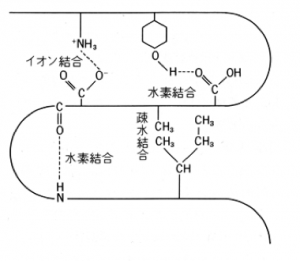 Here is a previous question on Socratic:
How would you explain the difference between van der Waals interactions and hydrophobic interactions?
https://socratic.org/questions/how-would-you-explain-the-difference-between-van-der-waals-interactions-and-hydr

880 views around the world