a. Mitosis: the process of cell division, parent cell gives rise to two daughter cells identical to themselves where two sets of chromosomes are separated and enclosed in two new nuclei of daughter cells. this process is divided into five phases Prophase, Metaphase, Anaphase, telophase and Cytokinesis. this process regularly occur in somatic tissue like skin. see figure 1

b. Meiosis: special type of cell division in which parent cell gives rise to four granddaughter cells where genetic material is reduced to half. This reduction of genetic material is divided by separating two sets of chromosomes into four nuclei of daughter cells. this process is divided into two stages Meiosis I and Meiosis II. each stage of Meiosis again have 5 phases Prophase, Metaphase, Anaphase, telophase and Cytokinesis. this process occurs in all sexually reproducing organisms. see figure 1 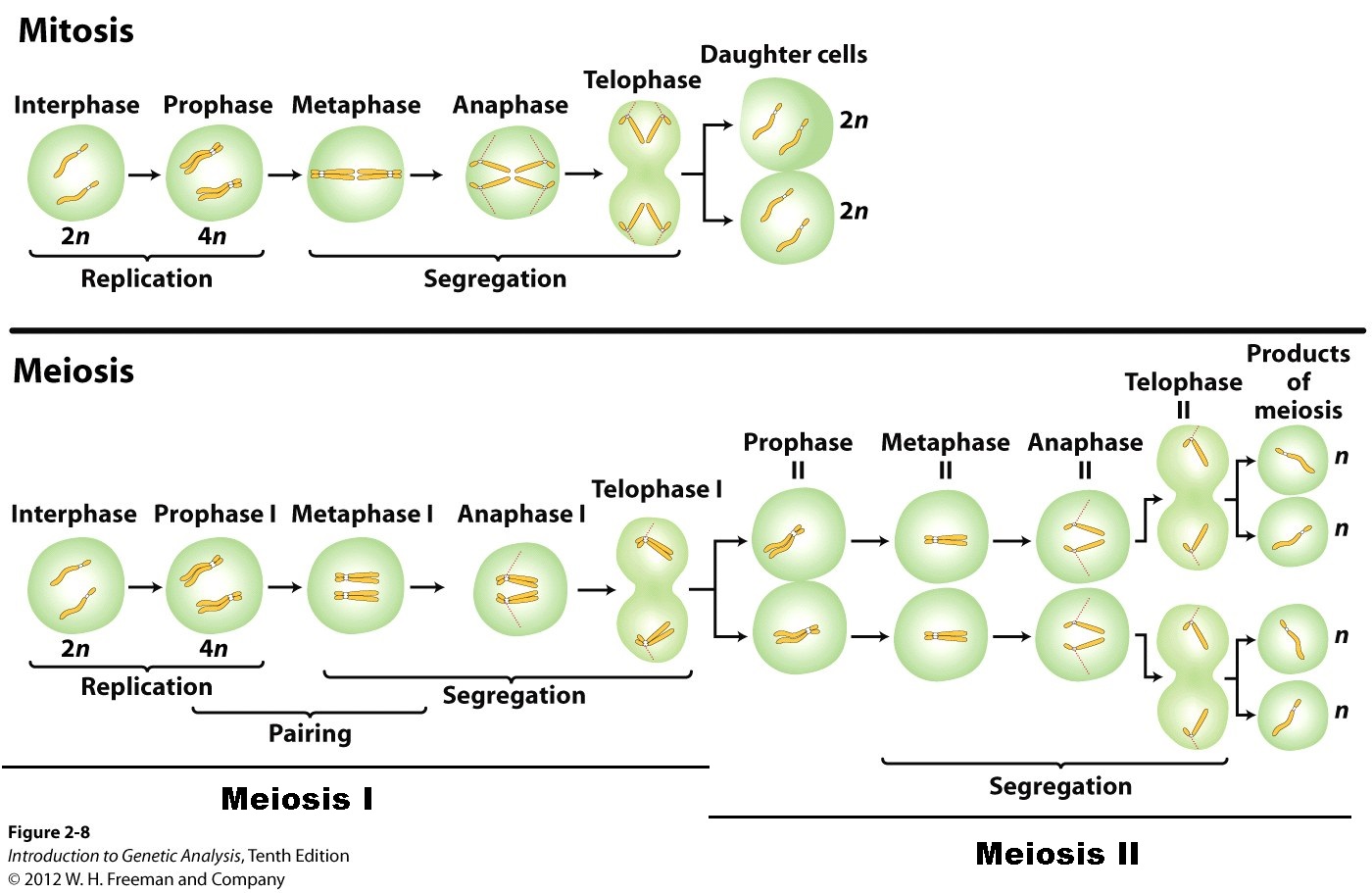 c. Cytokinesis: it is the end phase of cell division process where the two daughter cells are separated from each other by cleavage furrow in animal cell or cell plate in plants. see figure 2. 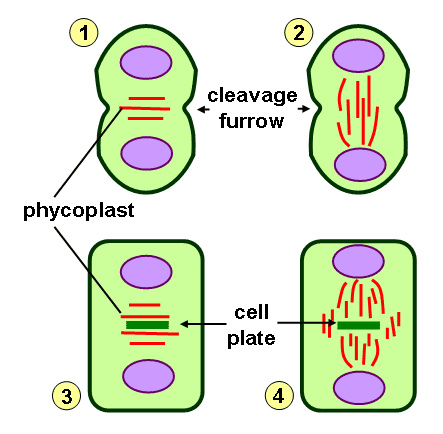 d. Chromosome: it is the compact arrangement of DNA in the cell during cell division. chromosome is super dense structure where an organism DNA is wounded around Histones much more efficiently compared to chromatin. figure 3

e. Chromatin: DNA helix wrapped around histones in the nucleus is called chromatin. It is the most relaxed form of DNA. Upon compaction chromatin gives rise to chromosome.

f. Centromere: it is part of chromosome which is used by chromosome to hold together the sister chromatids in duplicated chromosome and separate them later in the cell division process. see figure 3

j. Diploid: is the condition where there is two sets of all genes in the cell. represented as 2n, for human somatic cells 2n=46

k. Haploid: is the condition in which the cell or organism posses only one set of all the genes. represented as n, for human germ cells n=23

l. Crossing over: exchange of different gene alleles between the homologous chromosomes is called crossing over. Occurs during prophase I of Meiosis I.

See all questions in Foundation of Biology