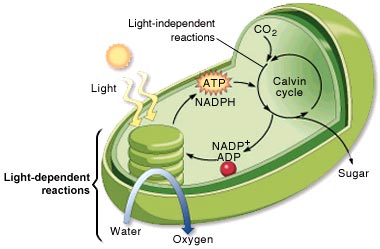 Chloroplasts in plant cells will move in response to light. It is believed they move to maximize light exposure (to increase photosynthesis) but that they can also move away from light which is too intense to avoid being damaged.

4502 views around the world