How does nitrogen cycle? 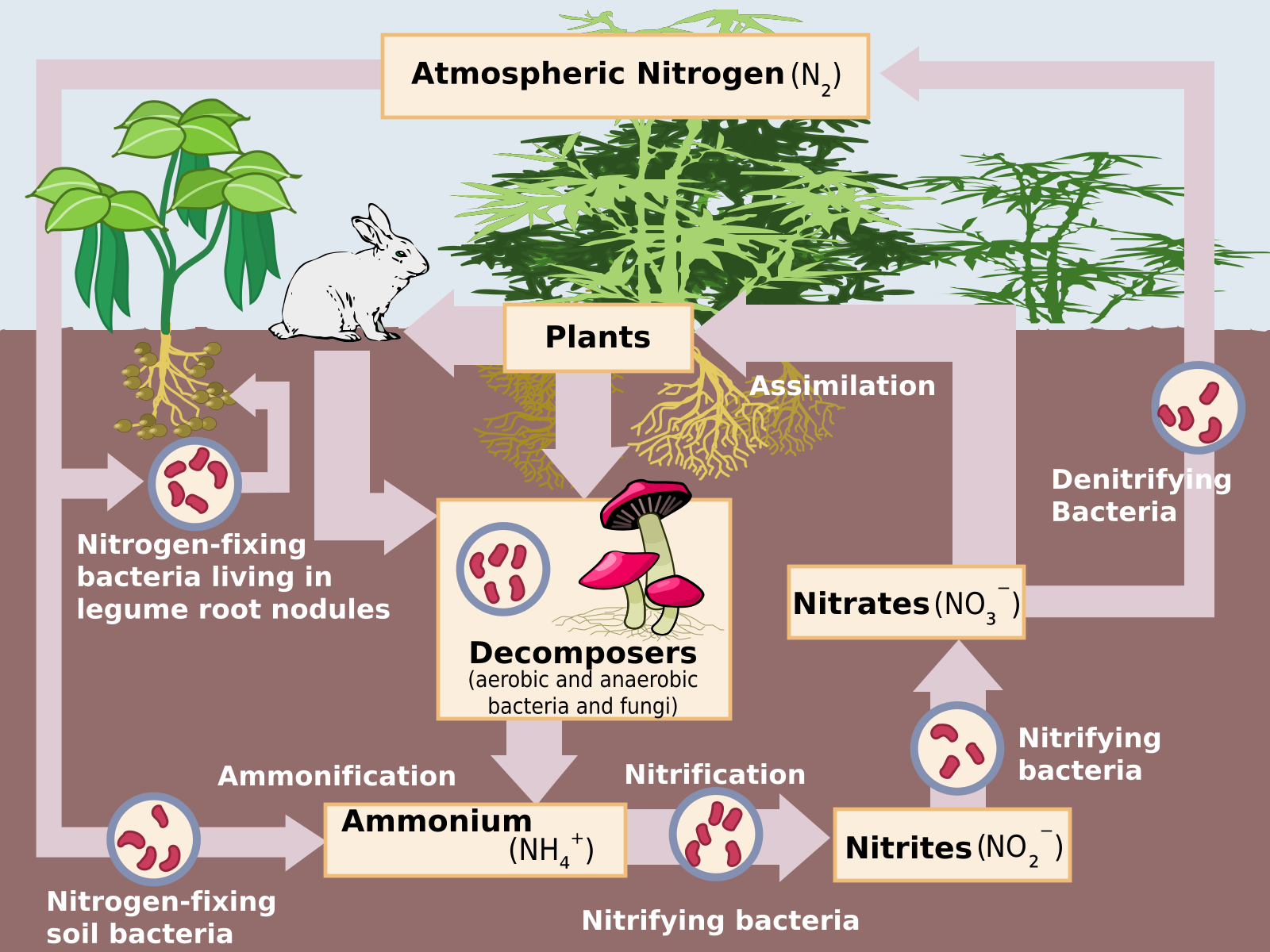 Nitrogen from atmosphere is converted to ammonium ion through the action of nitrogenase enzyme. This ammonium ion can be taken up and utilized by plants to produce among other things amino acid.

Nitrite ions can further be oxidized into nitrate ions through the action of nitrite oxidoreductase. Nitrate ions are taken and reduced to nitrite and ammonia successively. The latter (along with the ammonium ions taken up directly from the soil) can then be incorporated into amino acids via the glutamine synthetase-glutamate synthase pathway. Read nitrogen assimilation

Nitrate ions can also be used as terminal electron acceptor in oxygen poor regions inside soil. In this process (denitrification), nitrate is reduced to nitrogen and released back into the atmosphere

See all questions in Biogeochemical Cycles

1033 views around the world