Buckyballs is actually the name given to spherical fullerene molecules, which are hollow molecules made up of carbon atoms that are shaped like a sphere.

More specifically, buckyballs are formed when a total of carbon atoms are bonded together to produce the spherical shape of the molecule. 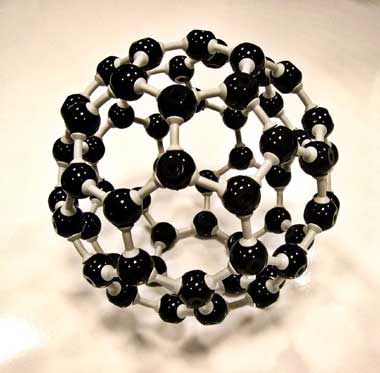 Each carbon atom is covalently bonded to three other carbon atoms. You can trace these bonds along the lines of hexagons and pentagons that make up the molecule's spherical shape. More specifically, each carbon pentagon is surrounded by five carbon hexagons, as you can see here 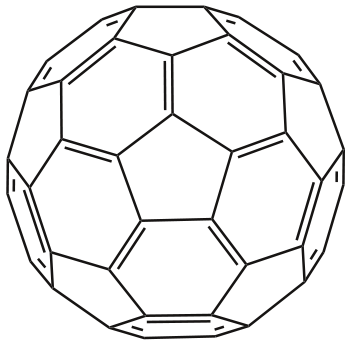 Now, the most common form the buckyballs contain carbon atoms, although I think you could form them with a few as carbon atoms and as many as .

1578 views around the world