An element is a pure substance composed of atoms with the same number of protons (atomic number). So an element, such as copper, has the same properties throughout.

A compound is a pure substance composed of two or more elements chemically combined. The simplest particles (molecules or formula units) have the same chemical formula, which means a compound has a definite composition, and has the same properties throughout. 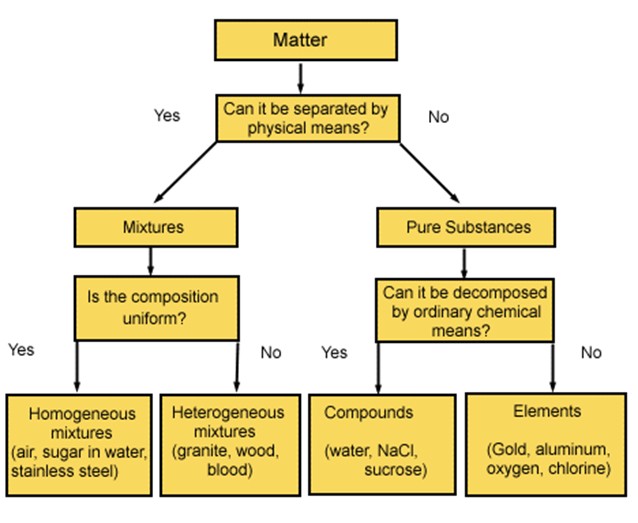 2433 views around the world