Just a note: I'm only theorizing here, so ask your professor what he or she thinks as well.

For the silicon dioxide, you might want to consider the following reaction with sodium oxide:

One way you may be able to proceed is to react with tosyl chloride, in pyridine, to form a sulfonate ester of the original silicate.

After that, the sulfonate ester should become a great leaving group (the pKa of sulfonic acid is about ) for a nucleophilic attack, such as via 4 equiv. of sodium ethoxide (sealed away from oxygen in a desiccator), . 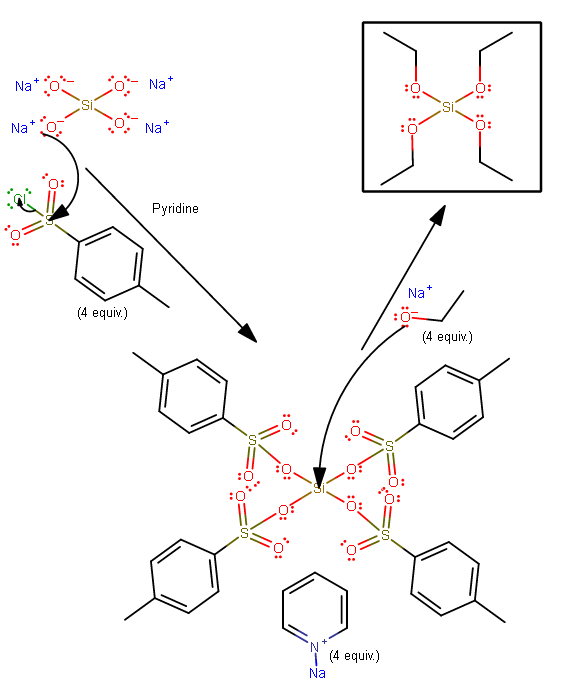 Silicon-oxygen bonds are generally known to be pretty flexible, so I'm thinking that should help during the proposed reaction with the sodium ethoxide.

For zirconia (), you might be able to do a similar reaction with sodium oxide, but then use an alkali propoxide instead of sodium ethoxide.

But again, ask your professor what he or she thinks too. I've never worked with zirconium before.

454 views around the world