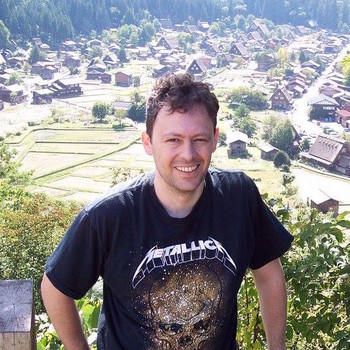 The energy of a photon (packet of light) is given by:

Where h is Planck's constant and f is the light's frequency.

The energy of a photon (packet of light) is given by:

Where h is Plank's constant and f is the light's frequency.

This can be demonstrated by the photoelectric effect, where electrons are liberated from a metal's surface, that has a light shining upon it.
Shining light on a metal bombards it with photons. Electrons will only be liberated from the metal if the photons have enough energy to do this. It was found that the brightness didn't matter but the colour of the light did. Using bluer light, which has a higher frequency and hence a higher energy, liberated the electrons. Using a redder light, which has a lower frequency and so a lower energy, did now. The brightness didn't matter.

The photoelectric effect was discovered by Einstein. It was for this discovery (not relativity as commonly thought) that he was awarded the Nobel Prize in Physics.

659 views around the world