As you know, pressure and volume have an inverse relationship when number of moles and temperature are kept constant - this is known as Boyle's Law.

That happens because gas pressure is caused by the collisions between the gas molecules and the walls of the container.

If temperature, which is actually a measure of the average kinetic energy of the gas molecules, is kept constant, increasing the volume of the container will result in less frequent collisions.

Simply put, the molecules will have more room to move about in, so they won't hit the walls of the container as often pressure will decrease. 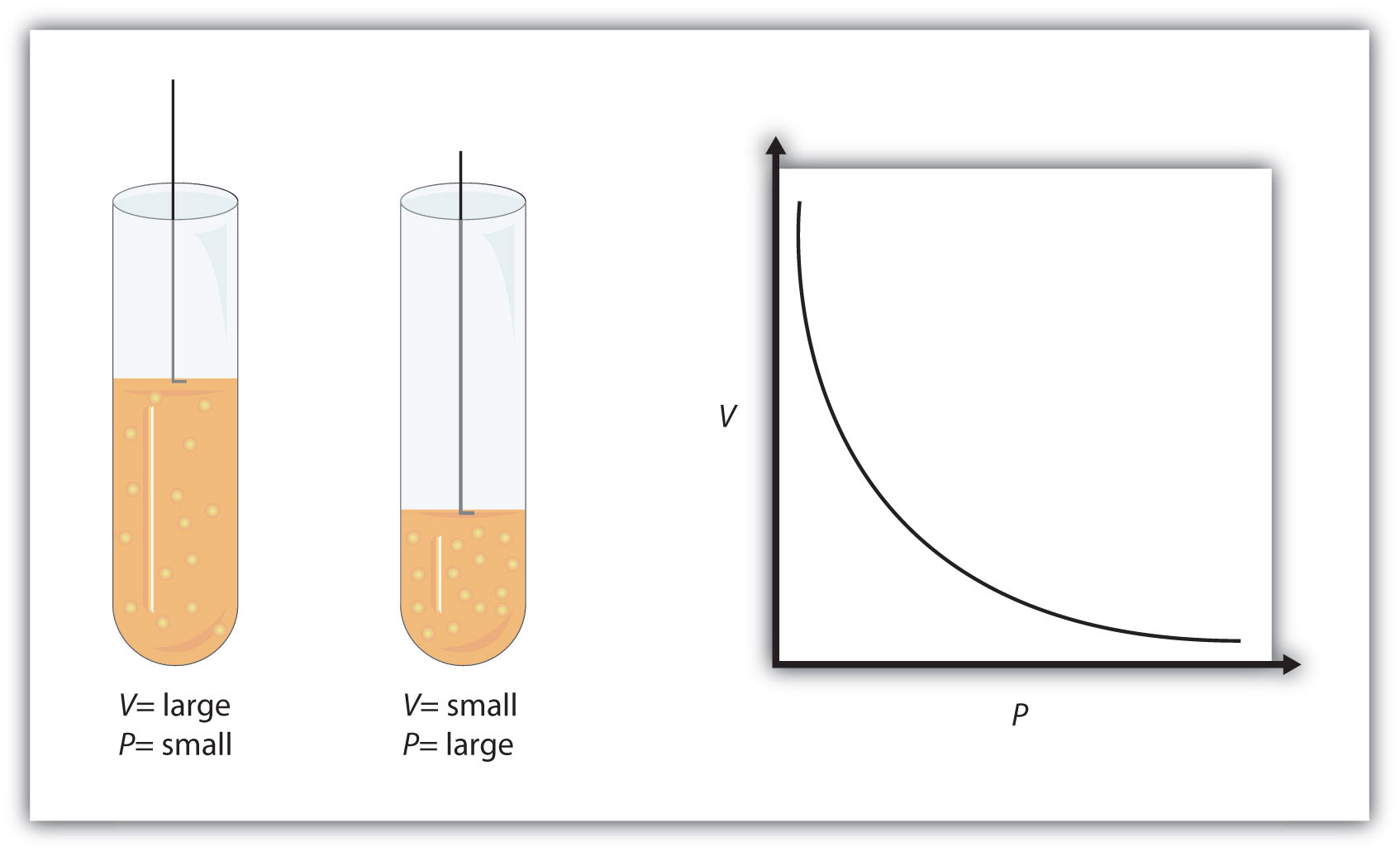 Likewise, decreasing the volume means giving the molecules less room to move in. As a result, they'll hit the walls of the container more often pressure will increase.

Mathematically, this is expressed as

Notice that in your case, the pressure of the gas increased from to . This tells you that the volume must have decreased in the process.

The answer is rounded to two sig figs.

829 views around the world