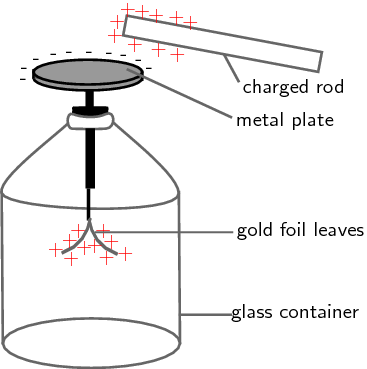 Given that Electroscope is positively charged. The gold leaves would be spread apart.

Now a charged object, type of charge to be ascertained, is brought near the disk of this electroscope, two things can be happen.

5103 views around the world