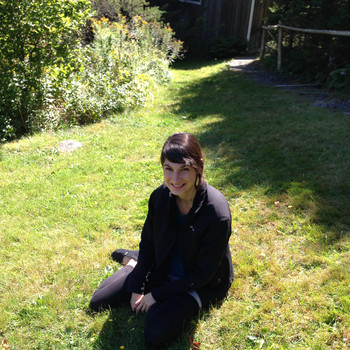 Actually, 8 circles can be drawn!

The mathematician Apollonius proved that if you have three circles, which do not overlap at all, then there are 8 ways to draw a circle that are tangent to each of these three circles. This is known as the "Problem of Apollonius." Since the 3 holes of a bowling ball do not overlap, we can use his theorem here.

First, for each of the three original circles, draw a new circle that includes that circle, but not the other two.

Next, for each pair of two circles, draw a new circle that includes that pair, but not the third circle.

You should have 6 new circles now. Finally, draw a little circle that's in the middle of the three original circles, and a big circle that surrounds all three.

Here is an example. See how there are 8 new circles we can draw that are each tangent to the three original ones?

346 views around the world