We need to consider acceleration of gravity and negligible influence of air.

Take two identical projectile and simply drop the first one while you kick the second one from the same initial point. 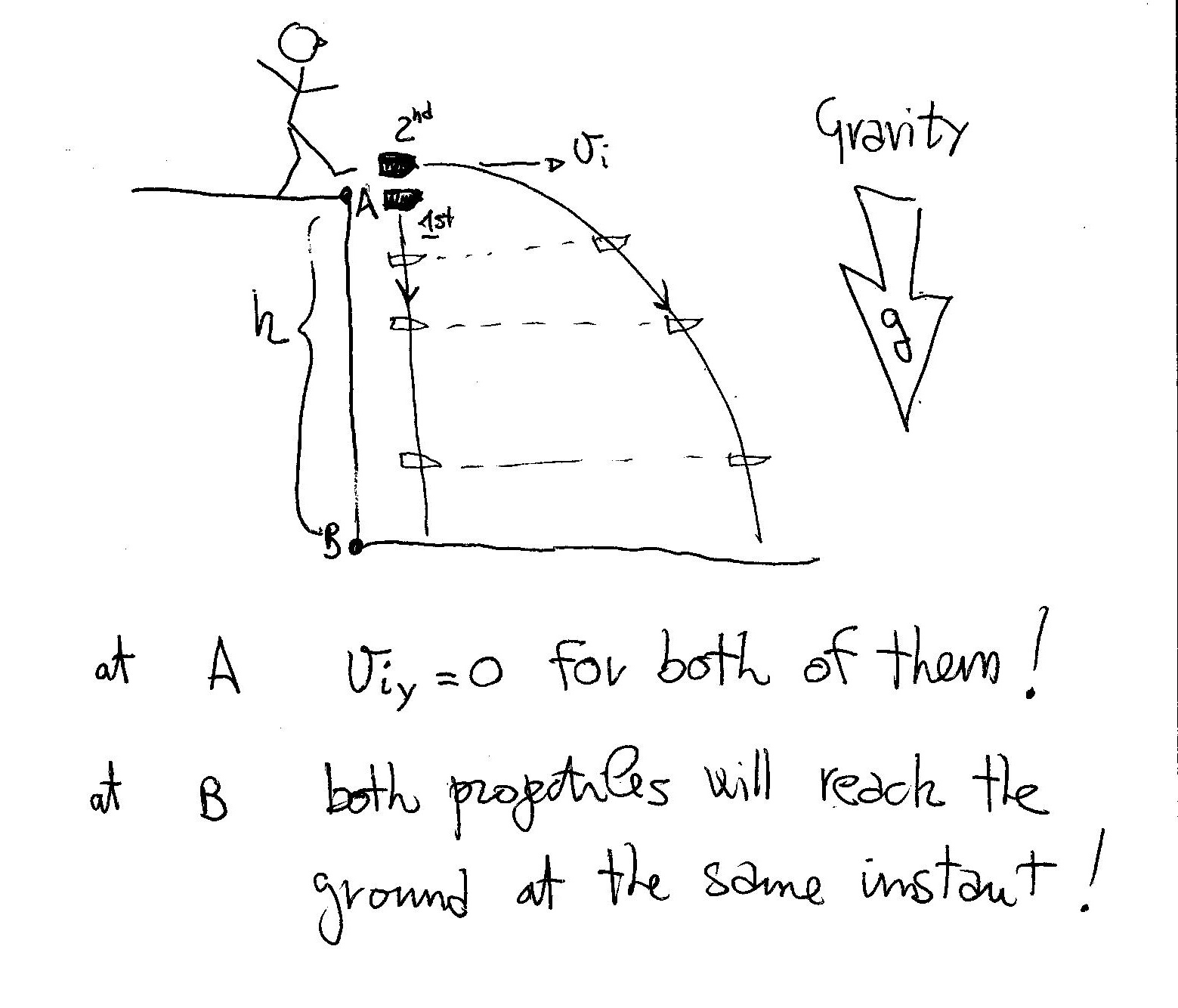 You can also throw the second projectile to describe a parabola; if now you throw vertically the first (at the same time) they will againland at the same time!

287 views around the world