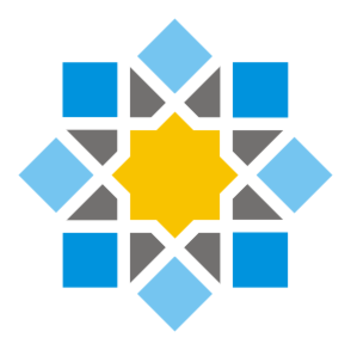 Polar bonds are bonds caused by the unequal sharing of electrons.

In essence, polar bonds are just covalent bonds with unequal sharing of electrons. The measure of how much an element "hogs" electrons is electronegativity. So if two elements forms a molecule, the one with the higher electronegativity will pull the electrons closer towards itself. 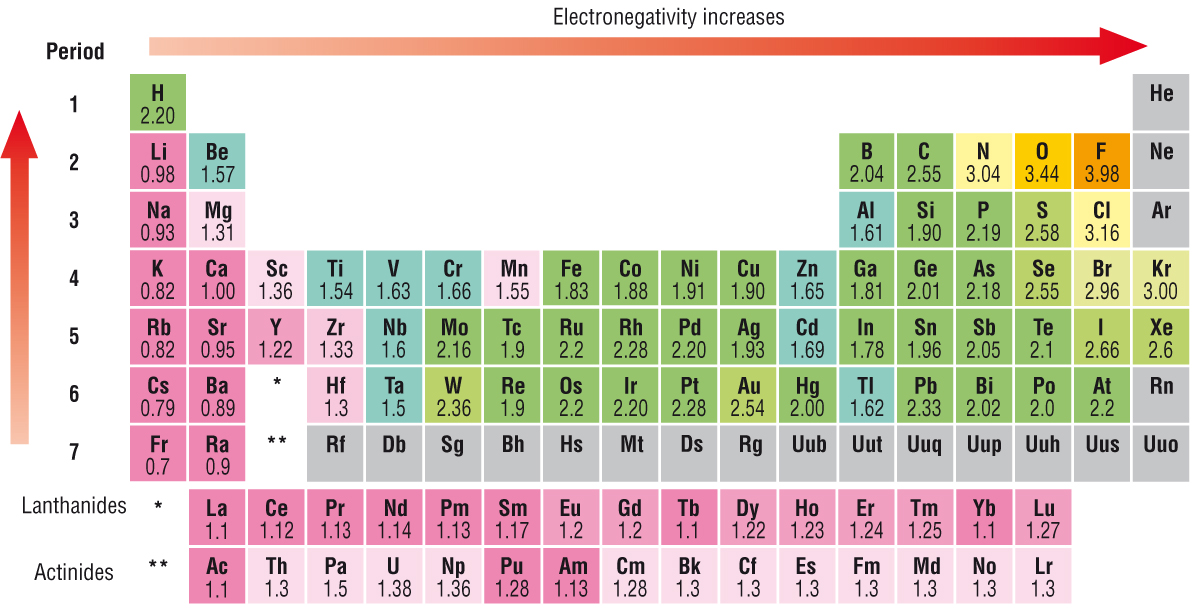 Another trend is that when you go up a column on the periodic table, the values go up. This occurs because of the number of electron shells. Going down the periodic table, you add one more shell of electron. Adding shells will increase the shielding of the valence electrons from the positive charge of the nucleus. (The negative charge of the other lower shells will cancel out some of the charge the nucleus exerts on the valence shell. )

This means that an element in the higher periods like 1 or 2 will have a strong positive charge exerted, attracting the electron pairs in the covalent bonds. An element in the lower periods like 6 or 7 will have a weaker positive charge exerted because it has more electron shells inbetween the nucleus and valence shell, so the attraction will be less intense.

To understand why, I like to think of a polar bond as somewhere inbetween covalent and ionic bonds. In covalent bonds, the electrons are shared equally, hence the small electronegativity difference. In ionic bonds, the electrons aren't shared at all, with one of the atoms completely ripping off one electron from the other, hence the large electronegativity difference.

A polar bond is the middle ground of the two extremes of sharing equaling to not sharing at all.

Take this water molecule which has two polar bonds as an example:

Notice how the electrons are closer to the oxygen atom than to the hydrogen atoms. That is because oxygen has a higher electronegativity value and "hogs" the electrons.

One effect of a polar bond is that it establishes a dipole moment on the molecule. A dipole is when there is a positive and negative end.
The atom with the higher electronegativity will have a slight negative charge on it because it has the electrons close to it, while the atom with the lower electronegativity will have a slight positive charge because it has the electrons farther away from it.

This is also shown in water as oxygen has a slight negative charge, while the hydrogen atoms have a slight positive charge.

5698 views around the world