Rank the following in order of acidity of the most acidic hydrogens?

Well, the correct answer is the one you chose first (or had the answer to). :-)

Good question - you're dealing with:

Now, the most acidic hydrogen would be the central hydrogen in the dicarbonyl compounds because it is closest to both carbonyl oxygens, which are electron-withdrawing groups.

So, you know it's not 2-propanone (4) that's the most acidic; it only has its 'end' hydrogens; each one's is around , which is fairly high, and it is only a monocarbonyl compound.

Acetylacetone (3) has a of around , so that's a good possibility right now.

From there, you would have to consider what makes it even more (or less) acidic: an acetyl group () or an acetoxy group ().

So, consider how the increasing ester character instead of ketone character changes things. This means comparing (1) with (3) and (2) with (1).

A methoxy group () is electron-donating, so I'd expect an acetoxy group's carbonyl oxygen to withdraw more electron density from the methoxy oxygen than from the central hydrogen.

Because the hydrogen is made electropositive to a lesser extent, that should decrease the acidity by a little bit, relative to acetylacetone (3).

Since dimethyl propanedioate (2) has one more acetoxy group than methyl acetoacetate, I would predict based on comparing (1) with (3) that (2) is less acidic than (1).

Actually, the of (2) is about according to SciFinder: 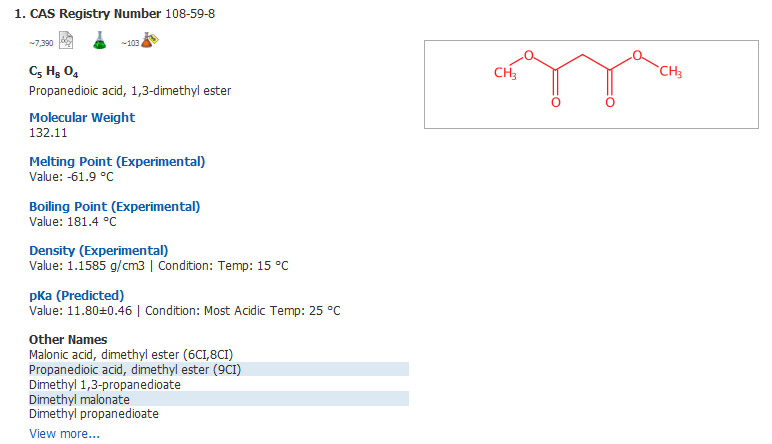 That means the acidities of the compounds above are ordered from most acidic to least acidic as follows:

which correlates with the trend that:

5721 views around the world