The electron does not move in and orbitals.

The electron is not a little white ball with a minus sign whizzing around the orbitals in an atom.

For example, here is a computer simulation of a standing wave. Notice how the colours in the two portions of the wave are always opposite colours.

The electron waves in orbitals are something like that.

The pictures we see of orbitals show the regions where the wave has its greatest positive and negative amplitudes and, thus, where we find the greatest electron densities.

For example, in the orbital below, the wave has opposite amplitudes in the brown and blue portions. 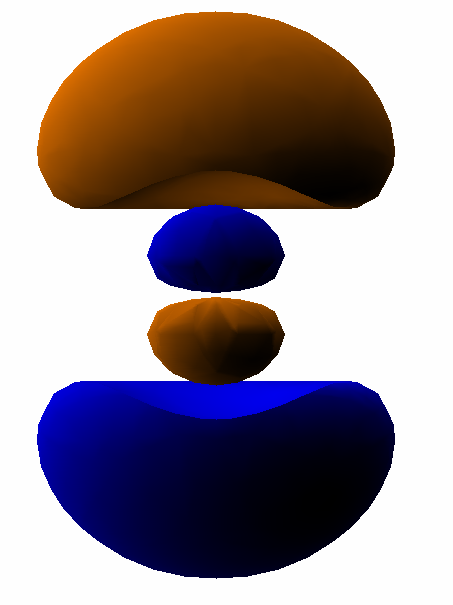 In the same way, the electron waves in the orbitals below have opposite amplitudes in the gold and red portions. 1262 views around the world