Carbon tetrachloride, , is a nonpolar molecule because of its molecular geometry.

Here's why that is the case.

The bond is indeed quite polar. Chlorine is more electronegative than carbon, which means that it will attract the bonding electrons more. 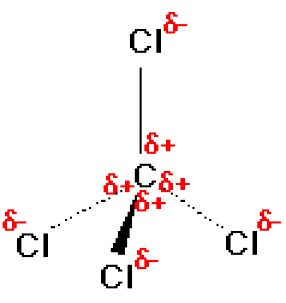 Now, carbon tetrachloride has a tetrahedral molecular geometry. This means that the resultant of any three bonds will always

with the fourth. In other words, no net dipole moment will exist because the four bond dipole moments that arise from the polar bonds will cancel each other out. 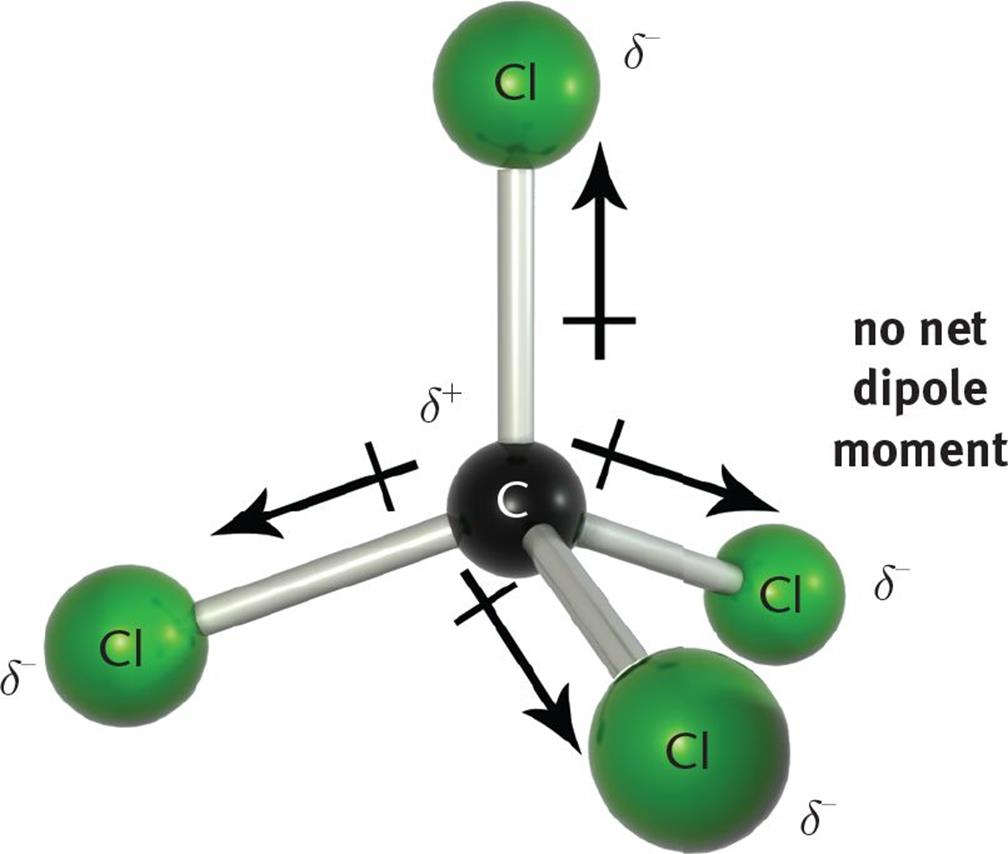