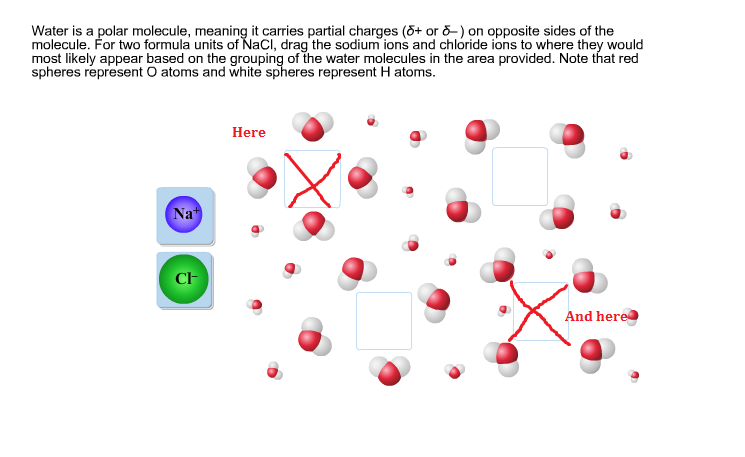 The ions, on the other hand, have a negative charge, so the positive ends of the water molecules will be attracted to them. The positive ends, as I explained above, are the hydrogen atoms, which have partial positive charges. So the ions should be surrounded by hydrogen ions: 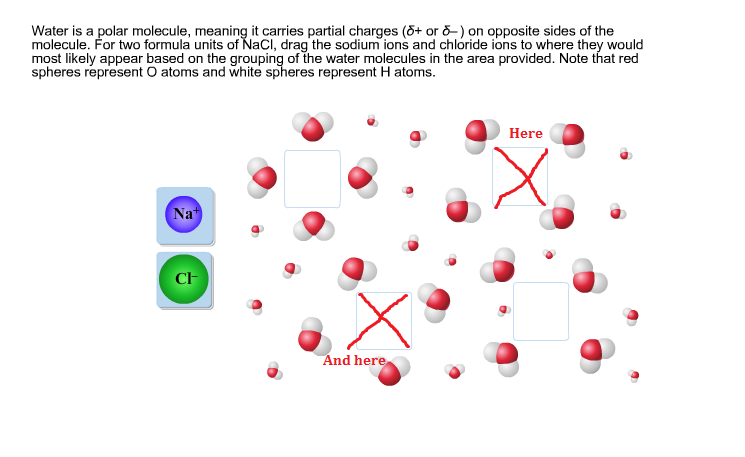 4810 views around the world