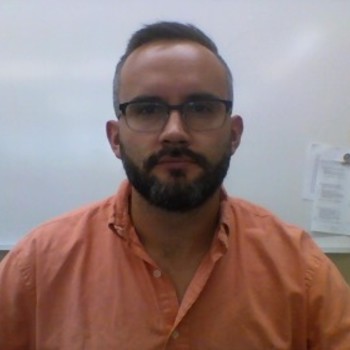 Electronegativity describes the relative attraction of an outer electron (ie. valence electron) to it's nucleus. This varies from element to element as each nuclei has a different positive charge and the outermost electrons are shielded from the complete attractive force of the nuclei by inner electron orbitals.

Potassium has an effective nuclear charge of +1 (it single valence electron is shielded by 18 interior electrons, so the 19+ nuclei only everts a +1 attraction to the nuclei), and as a result has a low electronegativity value (0.82). It's outermost electron is easily removed (little energy is required to ionize).

Krypton has an effective nuclear charge of +8 (it's 8 outermost electrons each experience +8 net charge, as it's +36 nuclei is shielded by 28 interior electrons*) and as a result has a large electronegativity value (3.00). It's outermost electrons are difficult to remove (large energy required to remove an electron)

740 views around the world