The purchase of Alaska was eventually proven to not be an act of folly because Alaska is rich in timber, minerals, and oil.

Secretary of State William Seward was the one who negotiated with the Russian minister to buy Alaska for $7.2 million. However, people thought that Alaska would be useless and called it "Seward's Folly” or “Seward's Icebox." But little did they know that natural resources available in Alaska. The land was plentiful with timber, minerals, oil, and even land. 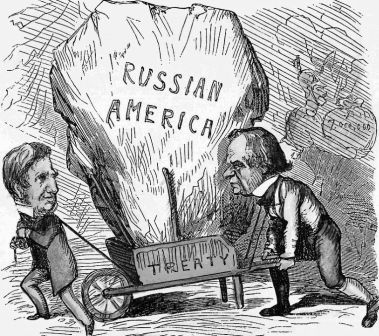 Here is a cartoon that shows how much people thought that purchasing Alaska from Russia was a folly.

1205 views around the world