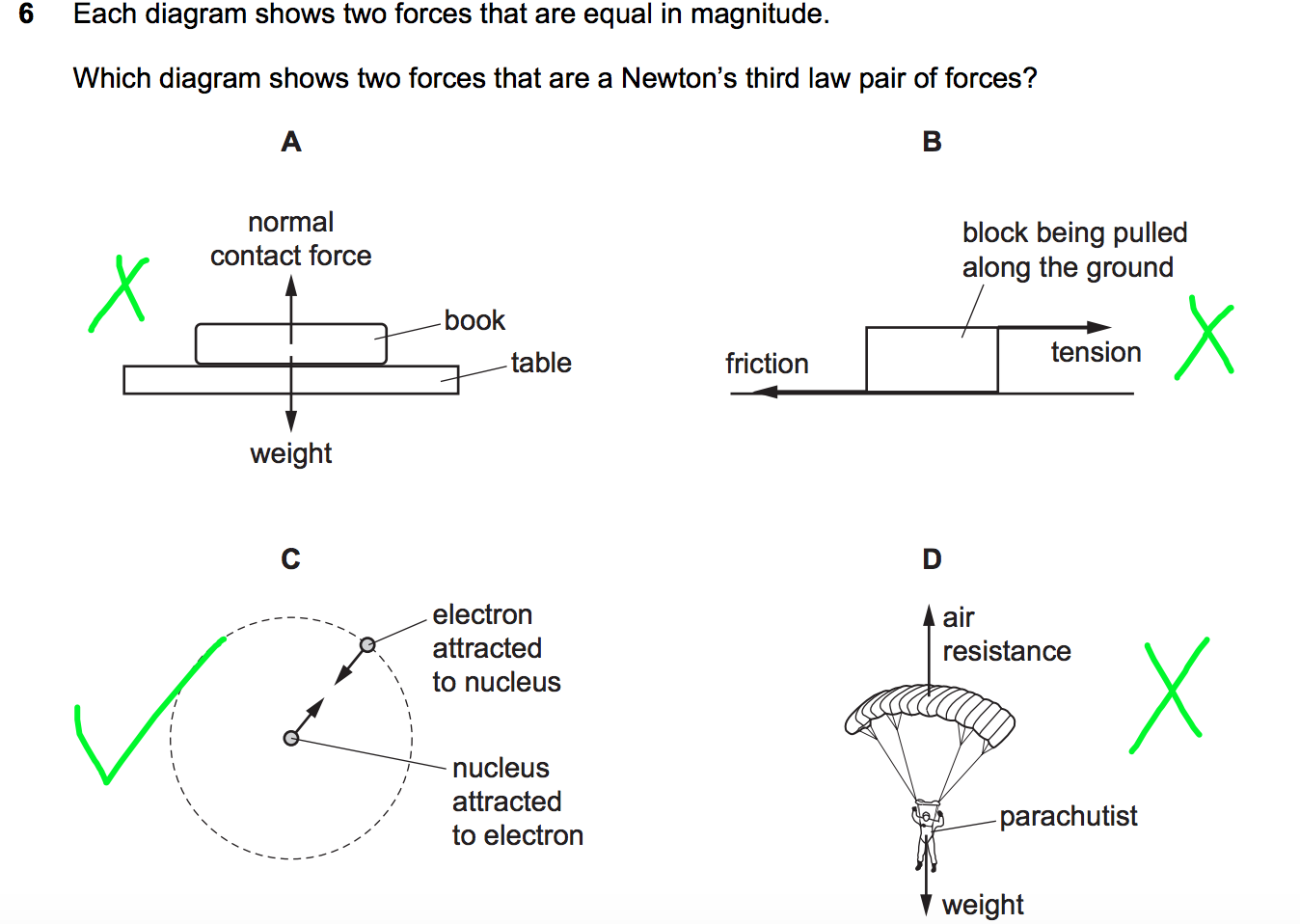 Rule of thumb: "Anytime an object applies a force to another object, there is an equal and opposite force back on the original object."

A : No because these forces are acting on the same object, the book. (see link below)

B: Same. These are the forces on the block.

C: Electrons don't actually spin round nuclei like in planetary motion, but if you choose to model it that way, then the charges interact directly through action at a distance and are direct equal and opposite pairs.

D: There are a bunch of intermediate forces here eg the jumper is pulling down on the ropes on the chute, they are pulling him up. So the arrow at the top should really pair the chute with the body of air that is applying the brake force. The other thing is you can't say they are equal because maybe the jumper is accelerating or decelerating. Hopefully neither of course.

I copied the first and also this tidbit from here

"There is one ultra important thing to remember when you are looking at action-reaction pairs.

The two forces that you are looking at are each acting on different objects!
If you are examining what you think are action-reaction forces, and they are both acting on the same object, they are not."

245 views around the world