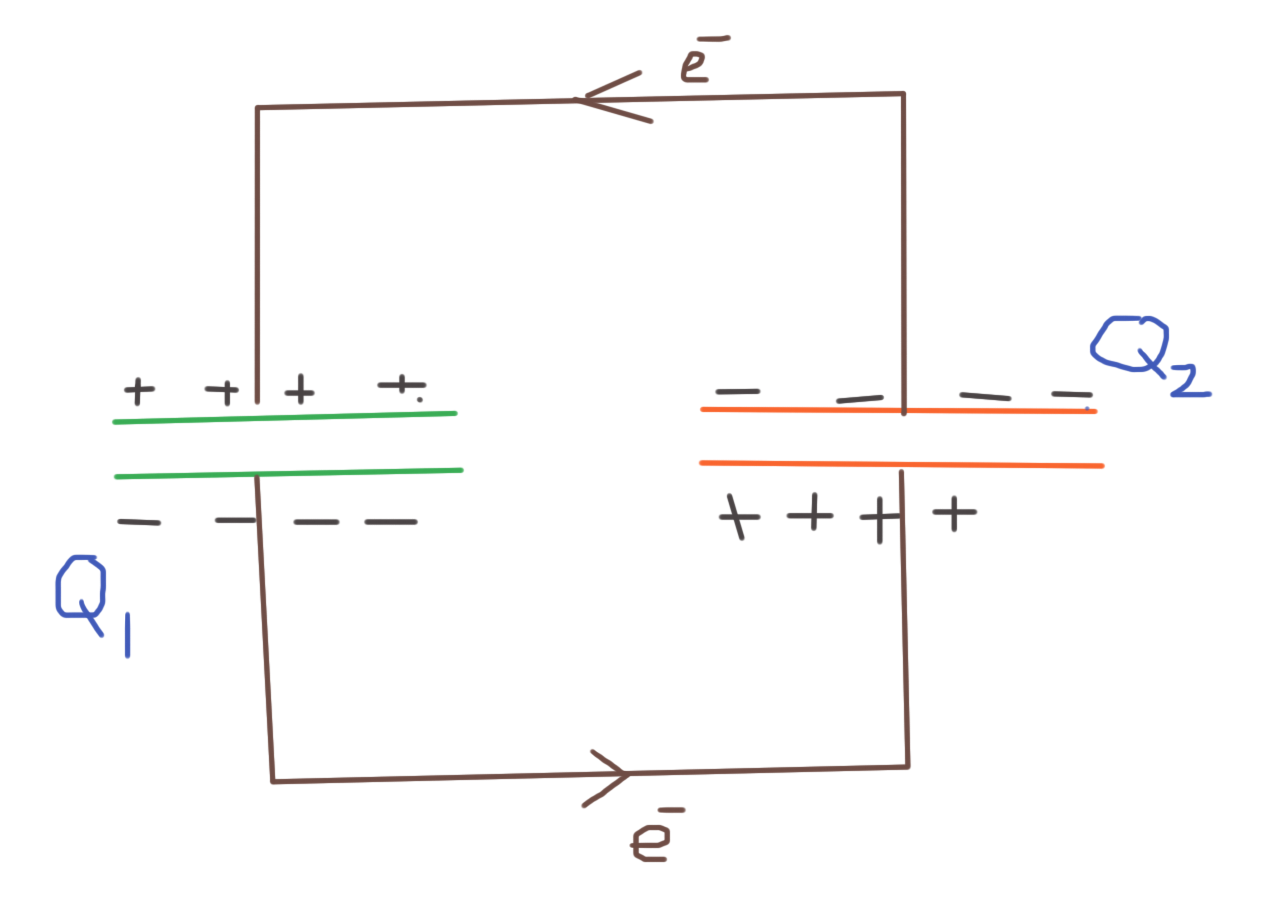 Assuming for now that we are connecting opposite-charged plates, you see that, in the first instance, if we think in terms of current as the movement of electrons, there will be a flow of charge as shown due to the charge imbalance.

More generally, if , We will still end up with a surplus of electrons on the bottom plates, and a corresponding surplus of positive charge on the top plates.

At that equilibrium point:

If, when connected, we have zero potential across the capacitors, ie , it is because:

Ie the capacitors started out with the same amount of charge. 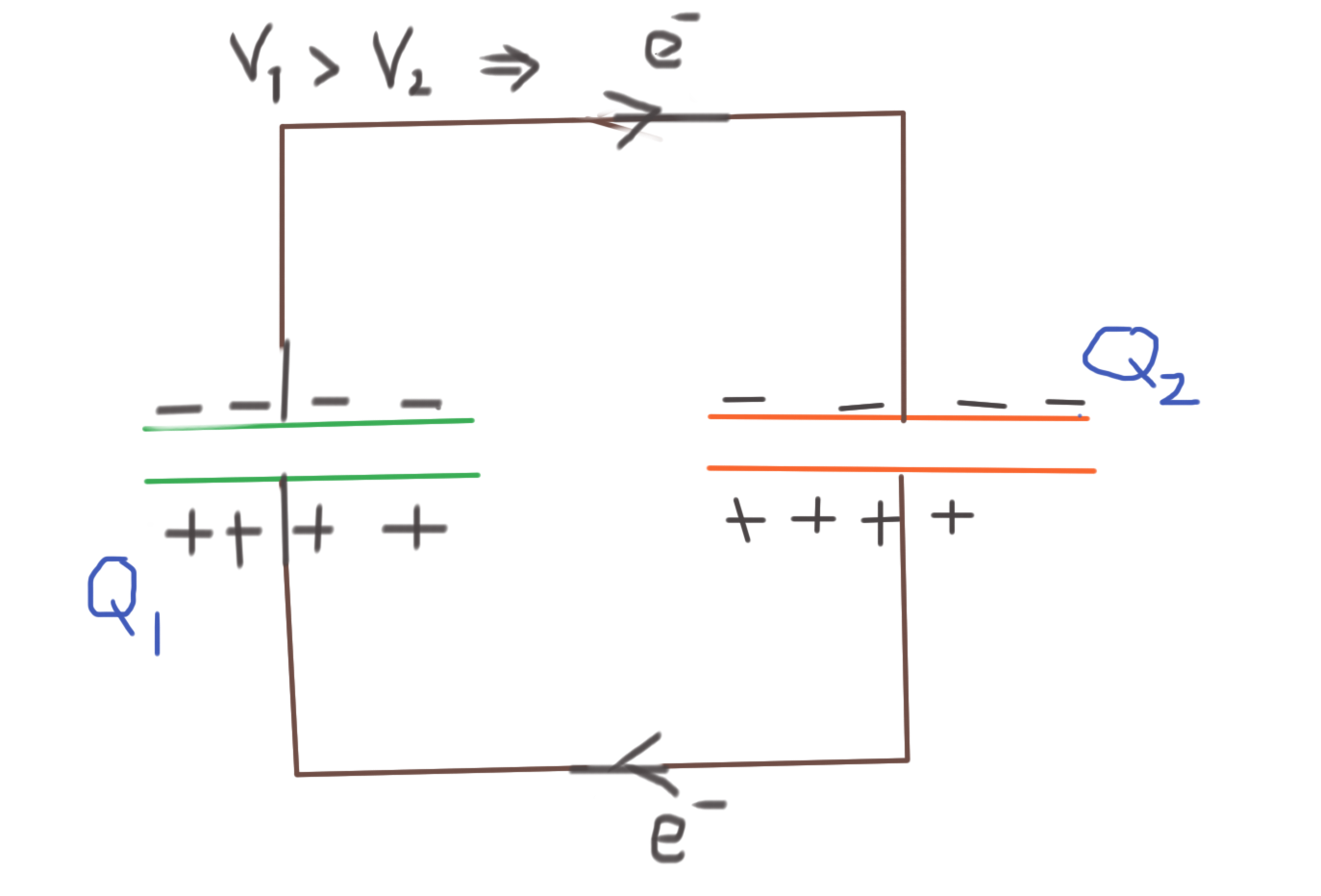 782 views around the world