Ac generator works on the principle of Electromagnetic induction . 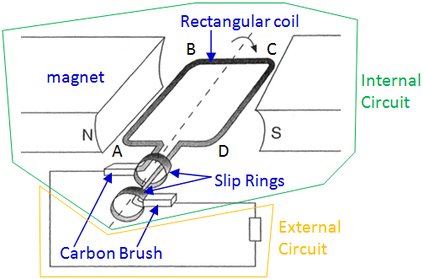 consider the following Image .we know according to lenz law

hence there must be change in magnetic field in order to crate potential so , initially the loop is given a small torque as the arrow shown in the figure .

as the loop rotates in the magnetic field the force on the branch AB is shown by . 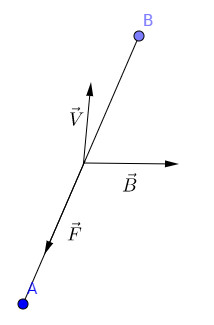 here the Force is the force on electrons and hence the direction of motion of electrons in magnetic field . Now the electrons move from D to C to B to A but current moves in opposite direction which is A to B to C to D .

But wait , we have to see that in AC generator there are slip rings due to which when the loop completes one cycle it the direction of current changes , for instance .

In this way In one complete cycle it produces the AC current by different polarity of Terminal A and B .

See all questions in AC Circuits

1272 views around the world