How are analyte gases ionized in mass spectroscopy? What happens afterwards?

It depends on your ionization method. After the ionization, the analyte ions are in general sent to an electromagnetic sector of the mass spectrometer for separation by ratio.

It may help if you look at this overview of mass spectroscopy.

There are many methods, but some common ionization methods are:

Often the method is chosen in favor of so-called soft ionization (rather than hard ionization).

Soft ionization better-retains the parent peak during fragmentation, so that you can find the peak that corresponds to the molecular mass of the original ion. 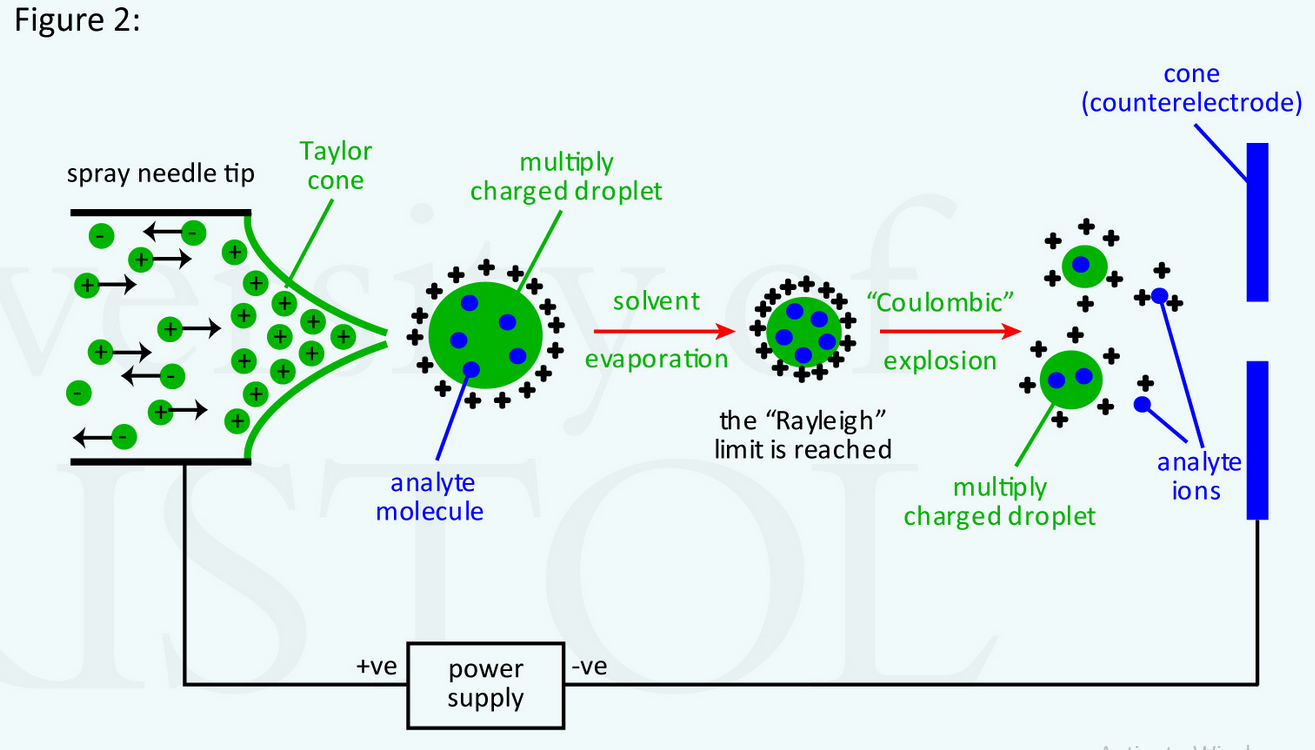 These analyte ions have little residual energy, so this ionization method is soft. 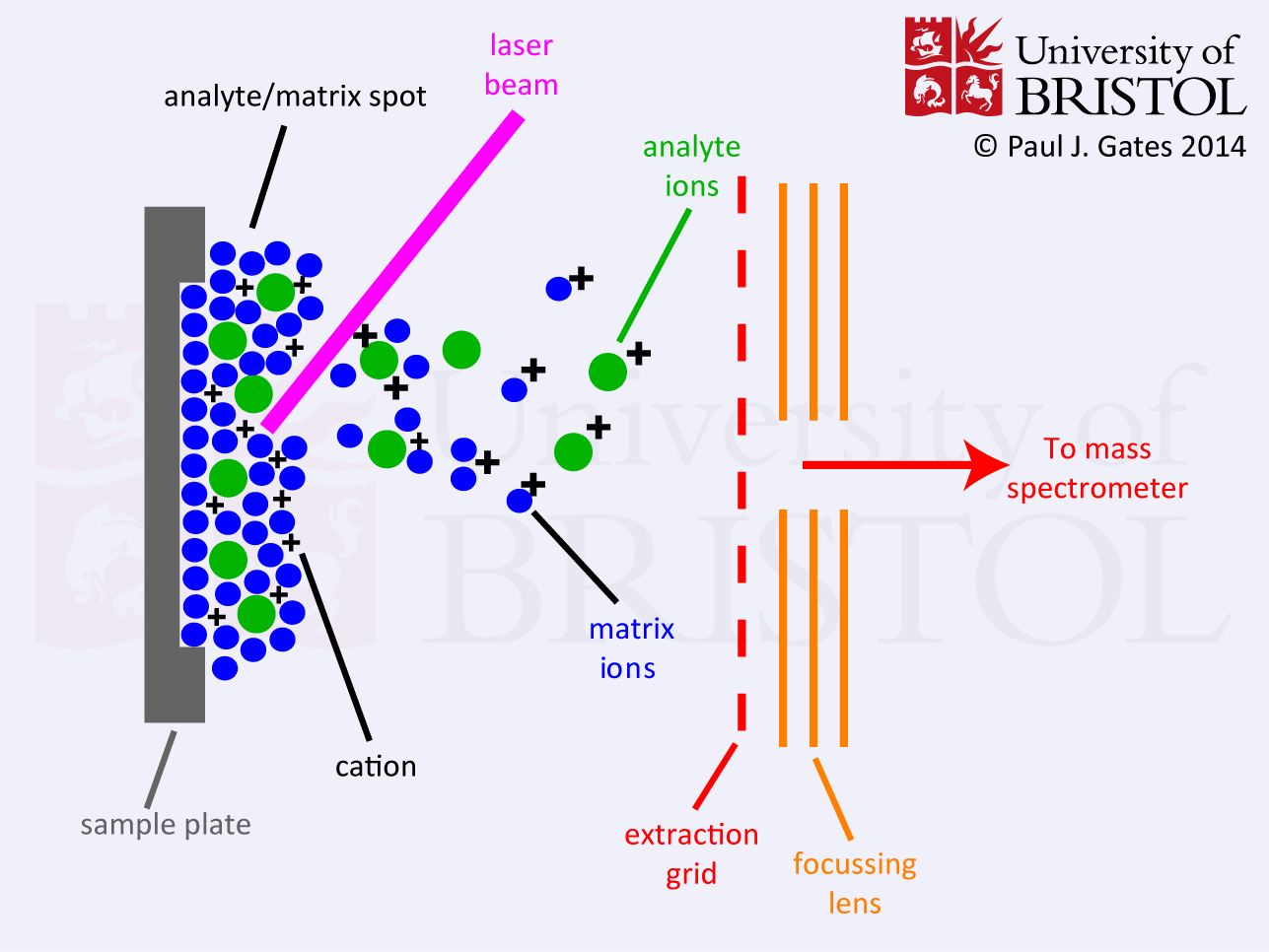 The general process was:

This is also a soft ionization method, since the laser does not directly ionize the sample itself (which would have overly fragmented some of the sample). 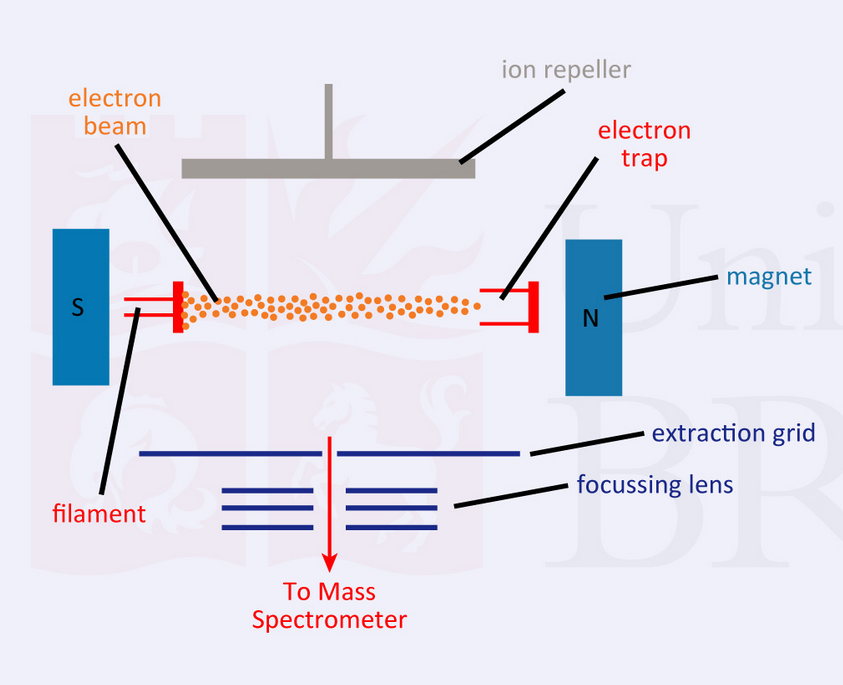 Sometimes labeled the "classical" method. The general idea is:

This is a hard ionization method, since energy is directly transferred from the electron beam and generally little sample consists of intact molecular ions.

After the ionization, the analyte ions are in general sent to an electromagnetic sector of the mass spectrometer for separation by ratio.

1366 views around the world