What happens to solar radiation when it enters the atmosphere?

Some energy is absorbed, some reflected, and some is re-emitted.

Don't worry too much about the numbers, but look at the relative differences between them.

This is an energy balance diagram which shows you what happens to solar radiation when it enters the atmosphere. 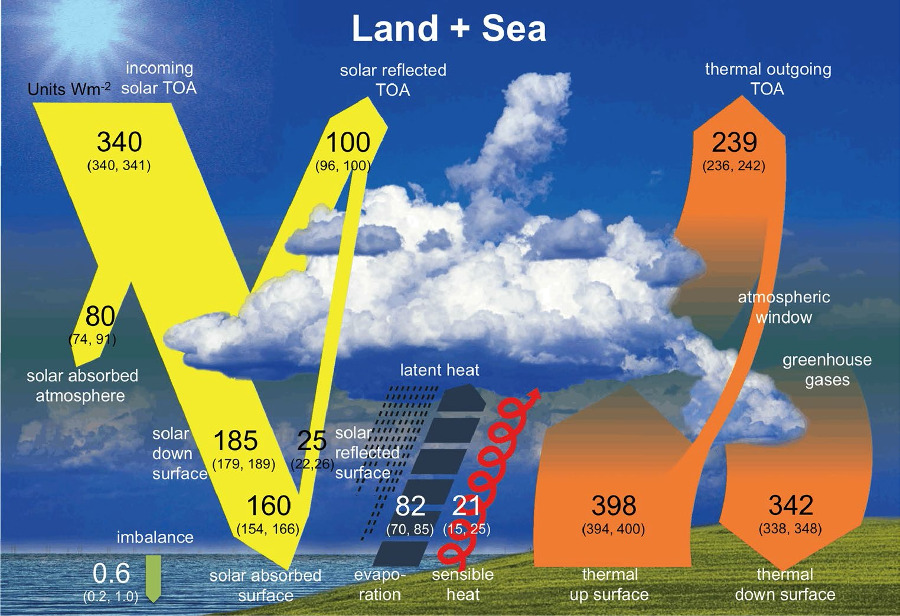 You see some high energy radiation (from the sun) is reflected by clouds, absorbed by the oceans and land and then some is re-emitted by the land as infrared radiation, which is much lower energy.

2827 views around the world