What happens during lithification?

The sand becomes cemented by combing with the Calcium Carbonate in broken and dissolved sea shells.

Sea Shells are made of Calcium Carbonate, the active ingredient in cement. When the shells are broken up by wave action and dissolved because of acids in the sea water they form a cement like solution.

The general process in which a sediment turns into a sedimentary rock is called lithification. 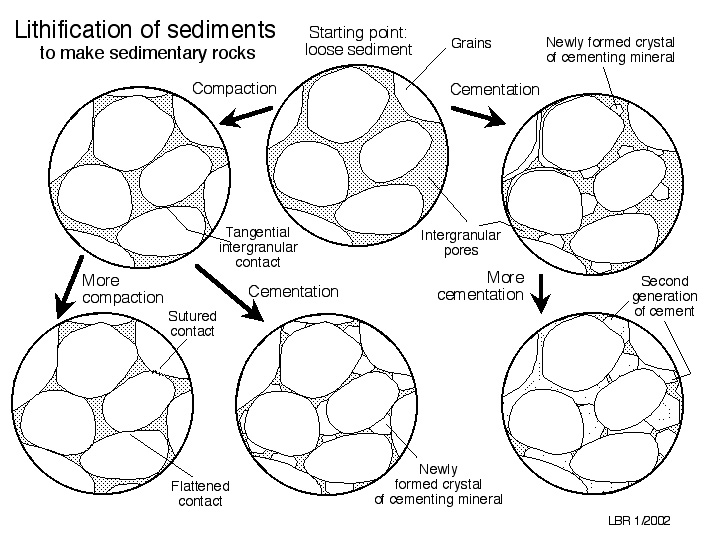 The process can happen very quickly or very slowly. I have a fossilized spark plug that was cemented to sand and rocks off the coast of Oregon. Obviously spark plugs have not been around for millions of years.

Sand becomes sandstone a sedimentary rock when it is combined with calcium carbonate from dissolved sea shells and buried.

4020 views around the world