Can you explain the molecular theory of friction?

Let's explain the molecular theory of friction to have a close look into the incidence.

what happens is that whatever smooth we consider any object in this world,it is only true upto a certain marco level.We know that all substances are made up of very smaller particles,so during formation of any thing deformity coexists at their surfaces,and having a micro level vision makes it appear as this.(see the diagram) 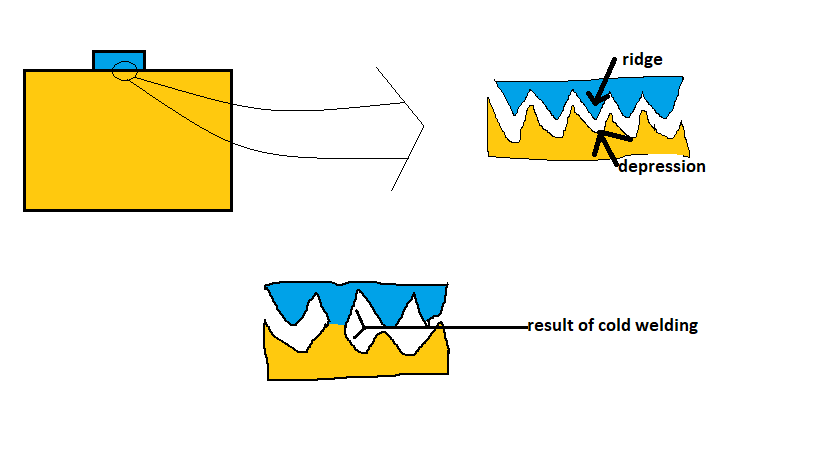 So,you can follow these ridges present at the interface of two substances in contact.Now a depreesion between two ridges of any substance will be filled by the ridge of the other,so that when you try to move one w.r.t the other,there is relative hindrances by the edge of the depressions on the ridge of the substance you want to move.

Now the harder you apply force to move it,the ridge of one substance,and the ridge of the other,lying next to one depression,undergoes COLD WELDING i.e a process where without application of any external heat,but only due to application of massive force,the ridges are broken down to molecules and rearrange and solidify from molten state.As a result these new bonds formed between two heterogenous substances now exert even greater opposing force for creating relative motion at the interface. 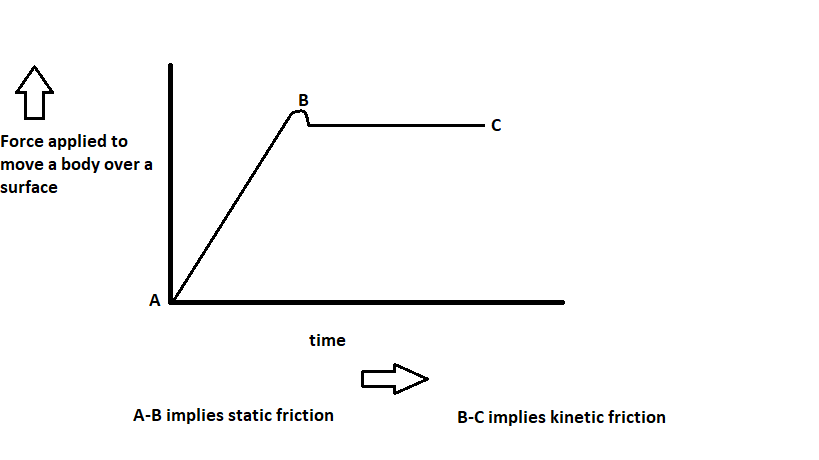 This theory as well helps to explain why frictional force acting is directly proportional to normal force,not the surface area of contact,which seems to be something odd.But I am not going to explain that right now,hoping you to solve it and if you can't then only please ask me.

2320 views around the world