How do stars evolve from their birth to their death? 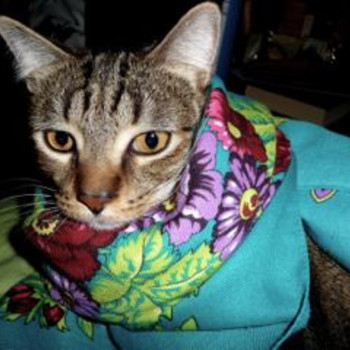 Stars collapse out of clouds of gas and dust, live for a while as a normal star, and end their lives as either a black hole, neutron star or white dwarf. The larger the star, the shorter its life.

The evolution of star is governed by two competing forces -- gravity pushing in and pressure from fusion pushing out. If gravity wins, the star collapses, if pressure wins, the star expands. Stars spend most of their lifetimes in a steady state when these two force balance each other. 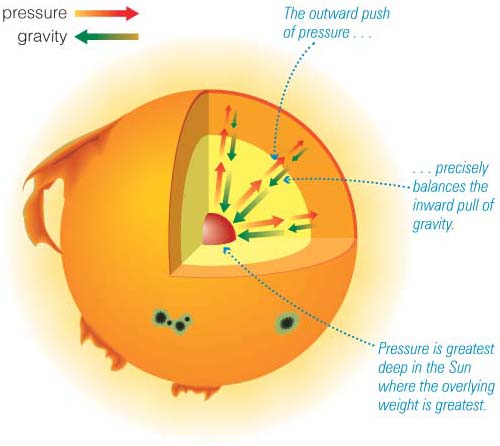 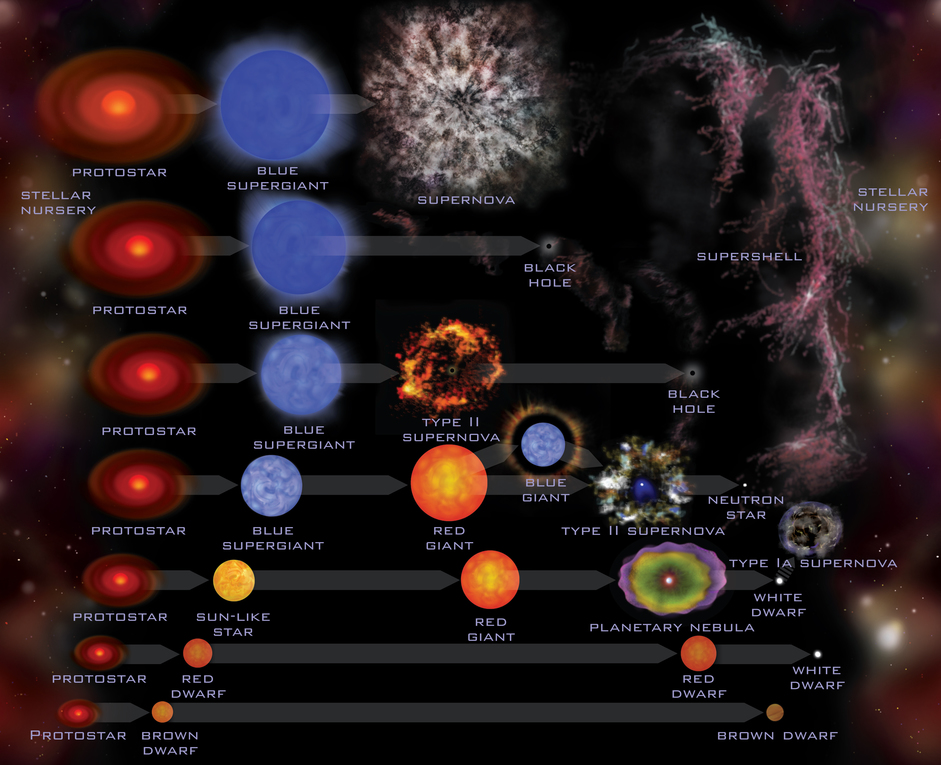 In general, stars will collapse out of a cloud of gas and dust in a Giant Molecular Cloud (or stellar nursery), due to gravity. As they collapse, they get hotter and eventually they get hot enough in their centers to fuse hydrogen into helium. The outward pressure from fusion prevents further gravitational collapse. At this point, they are a normal (main sequence) star and spend the majority of their lifetimes in this state. Eventually, they run out of hydrogen fuel.

In less massive stars, like the Sun, the star will collapse a bit, start fusing helium and become a much larger Red Gaint . When the star eventually runs out of helium, it will blow off its outer layers. The inner core of the star will leave behind a compact, white dwarf (something about the mass of the Sun and the size of the Earth).

In more massive stars, after the star runs out of both hydrogen and helium fuel, it will continue fusing heavier and heavier elements, until it gets to iron. At that point, the star will collapse under its own weight, imploding and then exploding as a Supernova. The star will leave behind a neutron star (something about twice the mass of the Sun and the size of a city) or a black hole .