Looks like a Star when viewed by an Optical telescope.

Quasars stands for "Quasi Stellar Radio Source". It means an Object in Space that is emitting powerful Radio Waves, but when we look through an optical telescope, it looks like a Star.

Quasar are the most distant objects found in the observable universe with Redshifts of even 7, this means that they were formed only 700 Million years after the Big Bang.

Even with such huge distances involved, the flux we receive at Earth indicates that these objects have Luminosities of watts, which means that they are times more Luminous then our Sun. The Luminosity of the Sun is x watts.

An object this Luminous would evaporate Earth's oceans in 1/5 of a second from a distance of 40 A.U, the distance between the Sun and Pluto.

They also shoot out Jets of light Millions of light years long. 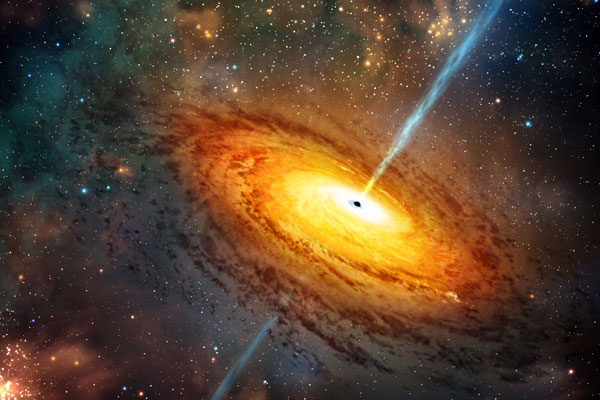 3005 views around the world