Can an ordinary least squares regression be used with time-series data?

Least-squares regression is as applicable to time-series data as it is to data which is dependent on any other variable. One can use least-squares to find a best fit of a function of time to data gathered in a time series.

For example, imagine a pendulum swinging back a forth, and a measurement apparatus which gathers data on the position of the pendulum. This data has a time, , and a position, . 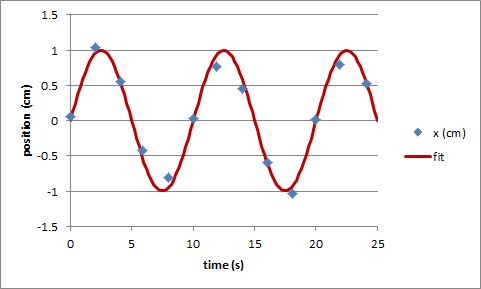 We can use a least-squares approach to determine the coefficients of a fit function, in this case we may be using the following function:

Where we adjust the coefficients and to minimize the sum of squares of the error between the points and the function evaluated at those time values.

823 views around the world