Can we mine another planets? We have almost exhausted our natural resources and there are huge supplies of minerals and materials outside the Earth.

In theory, yes this could be done, but it would be prohibitively expensive.

We could mine asteroids and other planets and a few companies are doing some early work on this idea, but right now, However, it would be hugely expensive to get minerals back to Earth. For example, the Apollo missions in the 1970s brought back about 850 pounds of rocks at a cost of $28,000/ pound !

A better option that NASA and others are looking at is exploring for and utilizing mineral resources on Mars, in particular, in support of some future colony. Under this scenario, minerals would not be transported back to Earth, and might be less costly than flying them from Earth!

Its also not true that we have exhausted our own mineral resources. Most mineral resources follow a resource triangle like the one shown for oil (see below). The base of the triangle is quantity of resource. The top part of the triangle is the highest quality, easiest to extract resource, while the bottom is the lowest most expensive grades. A lot of metals are now being recycled too as the value of any mineral commodity goes up.

It all comes down to economics. If minerals mined from an asteroid could be delivered to those willing to pay at a lower price than minerals mined rom Earth, it will happen. But there is still a lot of lower cost Earth minerals, before asteroid minerals are competitive. 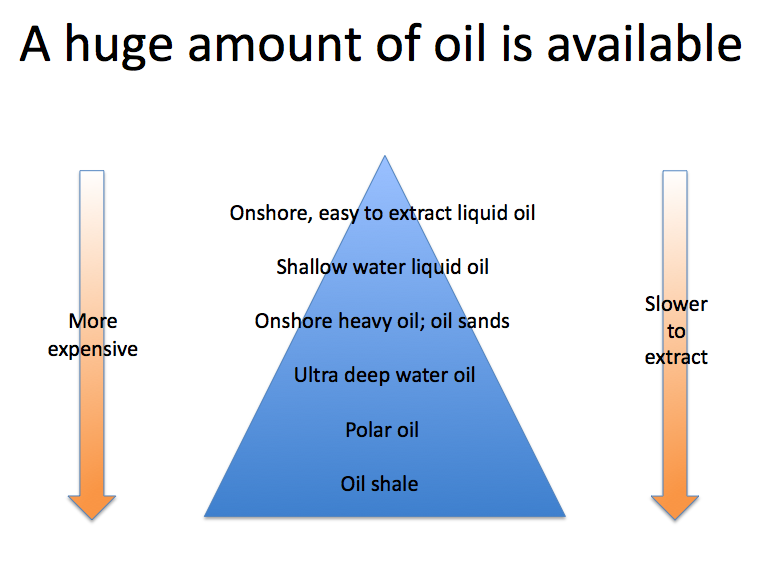 3318 views around the world