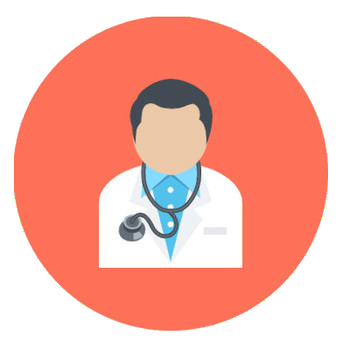 No. Eating a varied and balanced diet, along with just a few vitamin supplements, can actually be healthier than eating meat.

Protein:
The main reason people assume the human body would require meat is for protein, which is necessary to develop the muscular system. Since meat comes from animals, who have similar muscle compositions to humans, meat usually contains proteins with all of the 21 amino acids that make up proteins. However, while vegetables usually only contain a few amino acids, by eating a varied diet of protein-rich foods, including legumes, beans, and nuts, you can still get all the amino acids you need. A variety of people around the world have created websites with meat-free recipes to guide their fellow vegetarians and vegans in eating healthy, and a Google search for "vegetarian recipes" yields over 50 million results.

Vitamin B12:
People who avoid consuming meat often suffer from Vitamin B12 deficiency, which can result in low blood cell count and nerve damage. However, consuming one of the widely available vitamin B12 supplements on the market can circumvent future health problems. There are supplements for a variety of nutrients that can compensate for nutrients found in meat, although consuming some of these substances may have side effects.

Becoming Vegetarian may be Healthier than Eating Meat:
Meat often contains a high amount of cholesterol, which can cause heart disease. In addition, improperly cooked meat often can cause potentially deadly diseases, like salmonella.

Why Disavowing Meat is Gaining Popularity
Vegetarianism and veganism are gaining popularity across the world because of increased attention being drawn to how animals are treated, and people's moral beliefs are shifting. Organizations called PETA advocate for better animal treatment through protests and undercover investigations (graphic content warning). In addition, Since animals require a lot of water and land, the human consumption of meat plays a large role in deforestation and climate change. Due to this, it is no surprise that more and more people across the globe refuse to eat meat. For instance, the United Kingdom has experienced a surge in veganism in younger generations.

Disavowing meat may lead to a lower risk of many diseases, and consuming a varied diet allows a person to receive the same nutrients found in meat. More and more people around the globe become vegetarian or vegan every day, and the human body does not require meat to sustain itself.