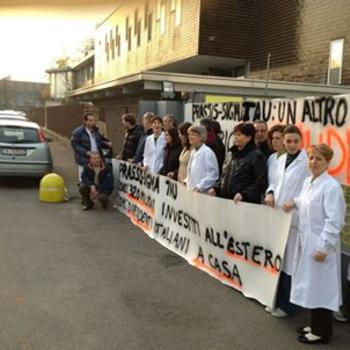 The idea behind solving abundance or amu isotope problems is that each isotope contributes a fraction of its atomic mass - its abundance - to the average atomic mass.

So, in your particular case,

If you look up the actual atomic mass of , the second stable isotope of gallium, it's listed at 70.9247 amu, the exact same result you'd get using this set up, so I'm not sure why you didn't get the right answer.

Finally, the result makes sense because the average atomic mass of gallium is closer to the lighter isotope, , than it is to the heavier one, , so a 60-40 split between the two matches this difference.