How are geostationary satellites used for communication?

They are placed so that the orbitals speed will be same with Earth.

So they remain above same place on earth 3 Such satellites can cover the whole earth for communication..THey can 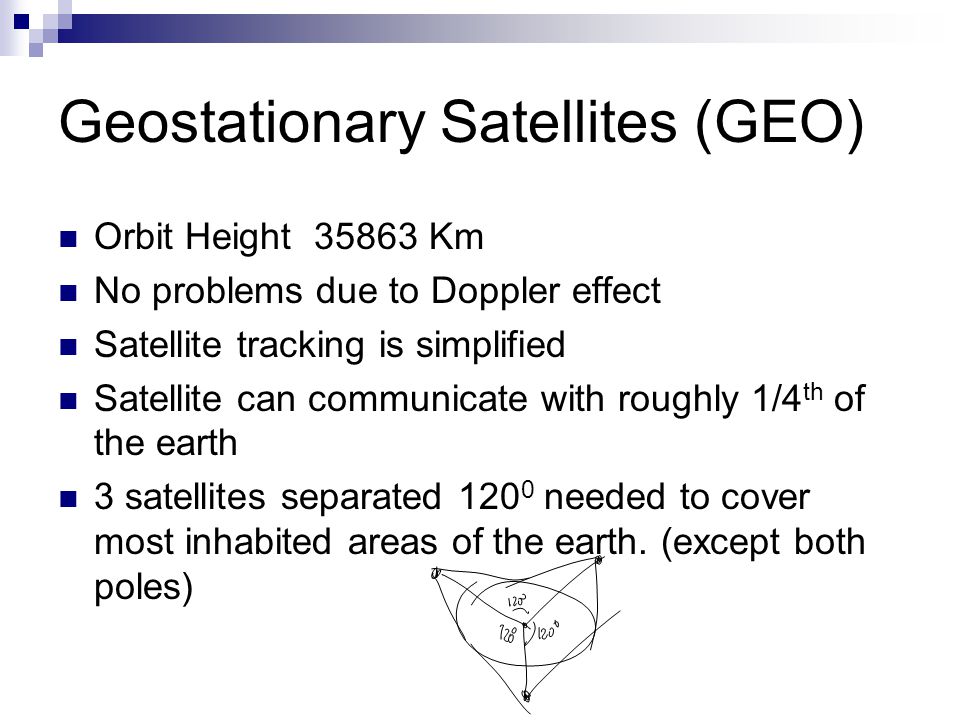 be used as relay station for TV, and other communications covering whole world..
Picture credit slideshare.net.

Relative to the Earth, geostationary satellites remain stationary ( at rest ), vertically above a point on the Earth's surface.

Geostationary satellites have period of rotation about Earth's center

orbit direction relative to the Earth synchronizes with that of the

Earth's day/night spin. They remain stationary ( at rest, relative to

the Earth, ) vertically above a point on the Earth's surface.

For the altitude 35800 km, the spherical cap subtends a conical

at the center of the

So, the proportion of the Earth's surface covered by one such

Tesselation (dividing the surface into caps without gaps) is not

To cover the entire globe, overlapping cannot be avoided. .

See all questions in Using Satellites and Computers to Study Earth

5807 views around the world