How can I calculate the polarity of a compound?

Bond polarity refers to a separation of electric charge that results from a difference in electronegativity between the two atoms or groups that bond together.

A molecule's geometry is an important factor in determining the polarity of a molecule. These aforementioned partial charges give rise to a bond dipole moment, .

If the orientations of these bond dipole moments cancel each other out, then the molecule is said to be non-polar. If however they do not, you are dealing with a polar molecule.

Some examples where bond dipole moments cancel each other out, resulting in a non-polar molecule:

Dipole moments are drawn with the arrow pointing at the more electronegative atom and the plus side on the less electronegative atom. Notice that for , which has two polar bonds, the overall dipole moment is zero, since these two arrows cancel each other out. This results in a non-polar molecule. The same can be said for : 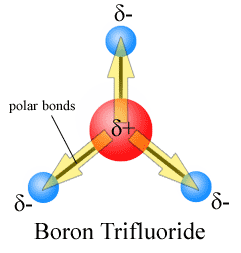 The three dipole moments cancel each other out as a result of the symmetrical arrangement of the bonds (see more on vector addition).

An assymetrical arrangement of the partial charges results in a polar molecule, as you can see for water: 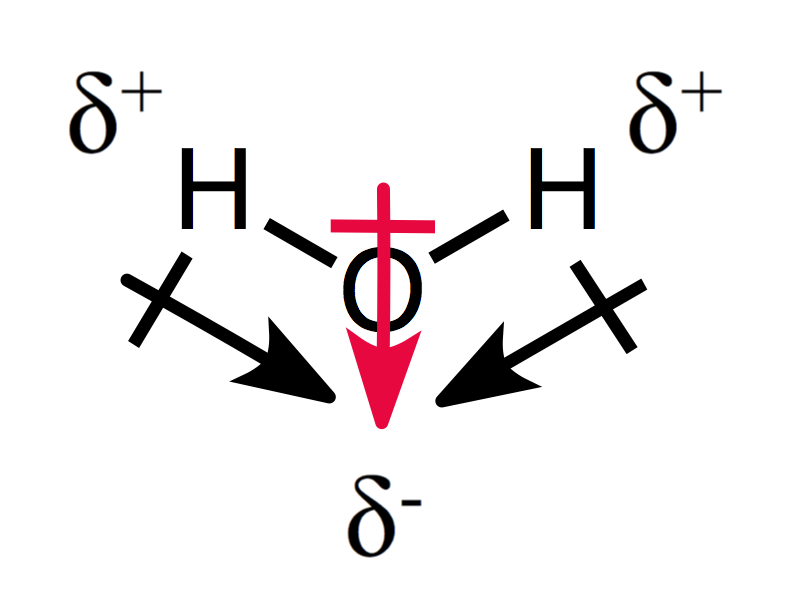 As a conclusion, in order to predict a molecule's polarity, you must be familiar with Lewis structures, electronegativity, VSEPR Theory, and bond polarity.