How did the Treaty of Paris divide land in North America?

This is actually a bit complicated to answer. There were two treaties called the Treaty of Paris , one in 1763, and one in 1783. Historians are terrible at naming things. This information above is about the 1783 Peace of Paris, as that is the more famous of the two.

Anyway, the 1763 Treaty came at the end of the Seven Years War (or French & Indian War in North America). The French ended up losing all of their holdings in North America, divided along the Mississippi River. Spain gained all of "West Louisiana," which was mostly unexplored territory, save settlements on the river (including New Orleans). Britain gained Canada, East Louisiana, and Florida.

Here is how the European powers considered North America afterwards: 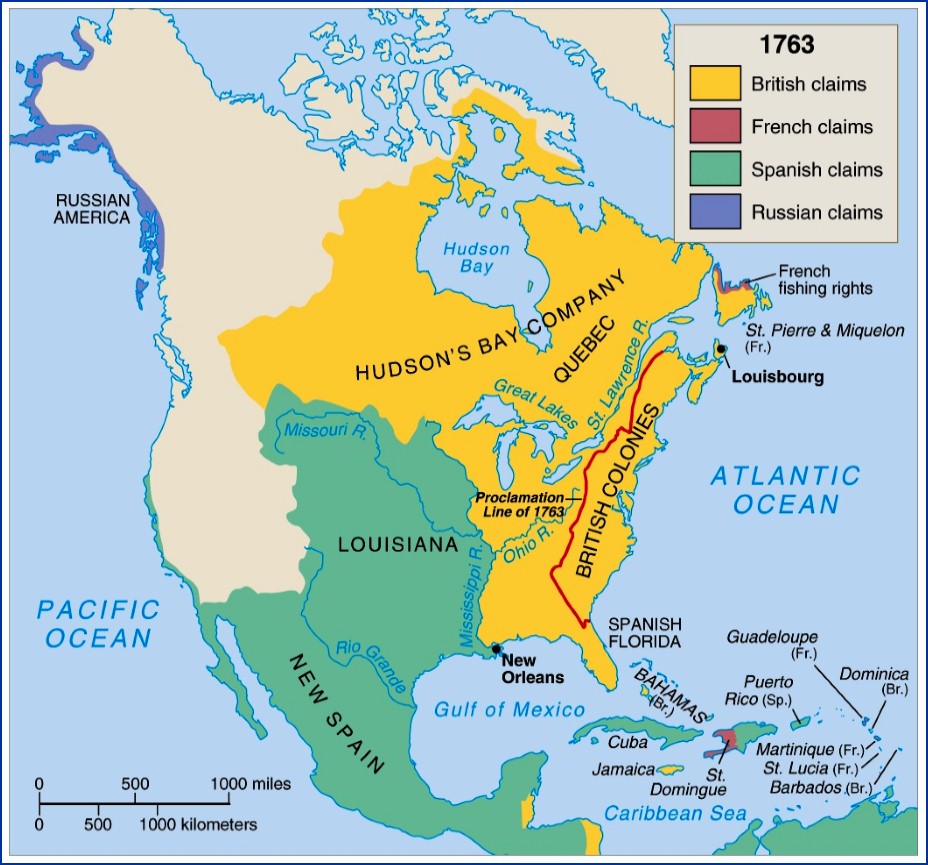 That red line you see is the Proclamation Line of 1763. Britain intended for this to limit the westward expansion of their colonists to preserve an Indian State. The colonists mostly ignored this, continued to take land from Native Americans. The line ended up being the first of many things that angered the colonists, eventually leading to the Revolutionary War.

This brings us to the Treaty of Paris 1783. The new United States of America defeated the British at Yorktown, and are able to take a large chunk of British holdings in North America in the negotiations. Meanwhile, Spain, who helped the U.S., regained Florida. Here's a map that shows the distribution after 1783: 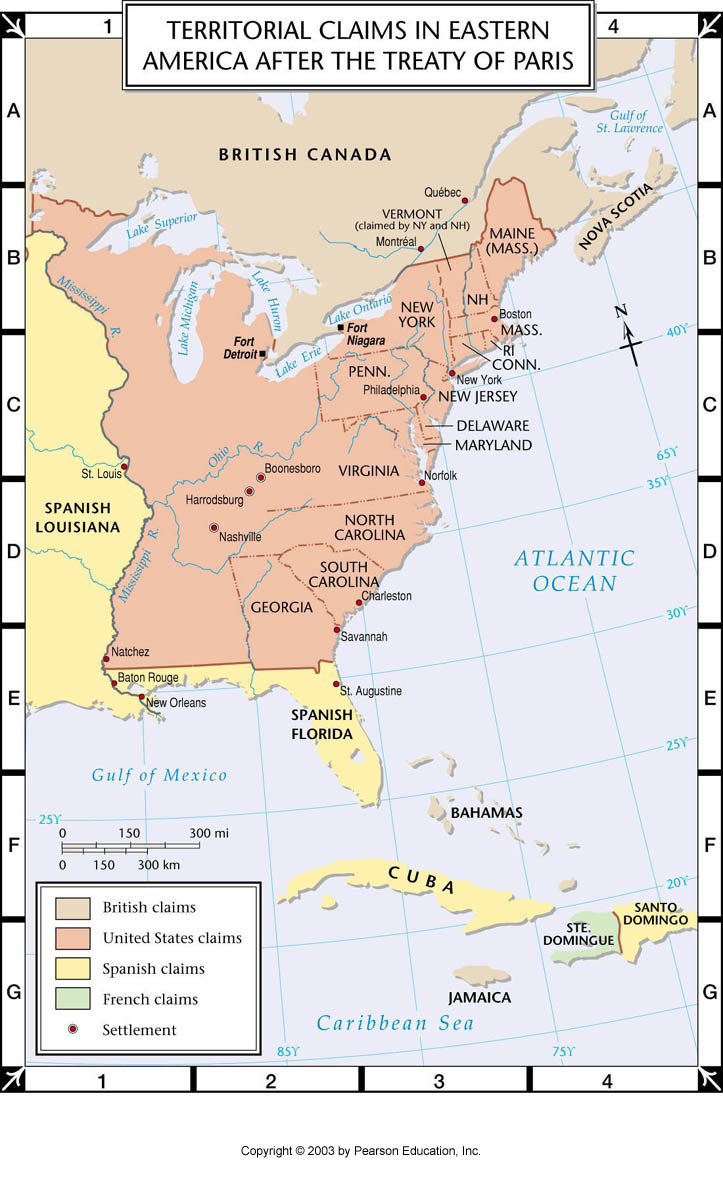 See all questions in Exploration: Lewis and Clark to Manifest Destiny