How do lizards attract a mate?

Lizards use bright colors and some movement.

Males will risk exposure to predators to attract a mate by changing the color of their skin.

Some lizards will do particular movements to showcase their colors as much as possible, especially during courtship.

These displays enable lizards to give the most easiest to understand signals to translate to a potential mate that they want to reproduce, as well as helping them compete with other members of their species communicating the same idea, with the lizards with the best displays often getting to mate. 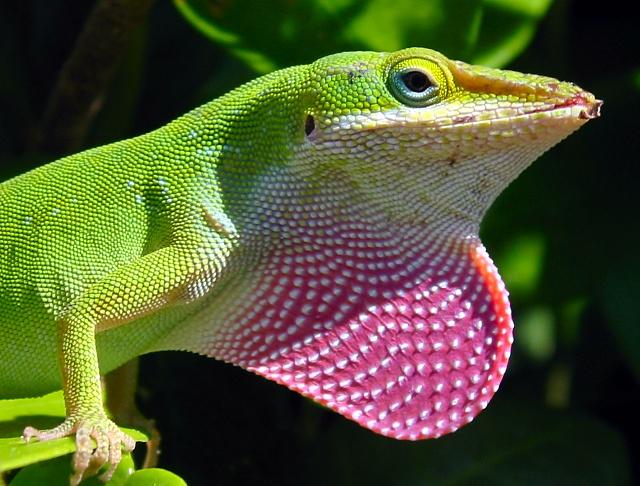 A Green Anole Lizard with a dewlap extended, which aid in visual communication, both reproductive and territorial. 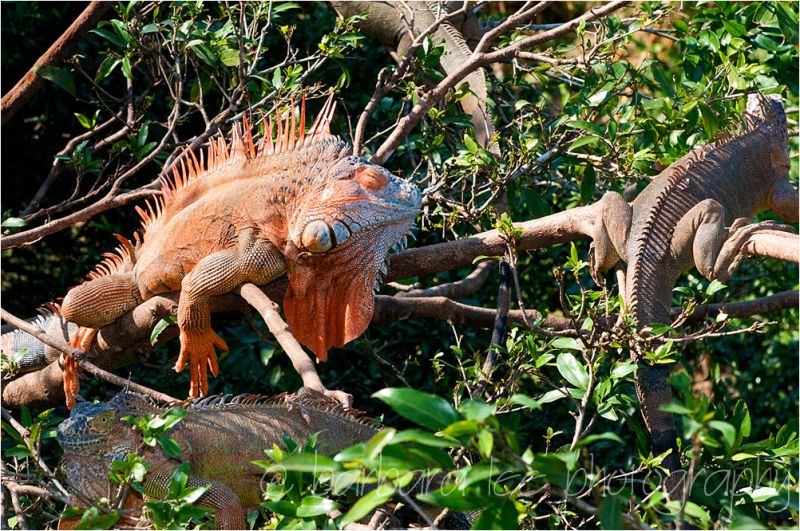 A Male Iguana in mating colouration, trying to attract the attention of Females, the Male Iguana's dewlap is also seen erected here.

Though they do not play a large part in lizard affairs as such, pheromones sure do assist in attracting a mate, in particularly for females, who will direct these suspended smells at potential mates, which can help signal to and attract males to a female who will either mate with or compete for the female.

Some lizards use touch as a way also to communicate their interest to other members in their species, whether that aggressive or used in cases of courtship, like the Male Komodo Dragon does by licking a Female to see if whether they are sexually receptive, as well as having connotations of attracting.
As this direct touch as well as detection of possible pheromones on one of the most sensitive parts of a lizard can help aid attraction and reproduction of the lizards.

This method of attracting a mate is rarely utilised, mainly due to the fact that most lizards are prey of some sort, and a call can in most cases give away your position. However, in the case of species such as the Tokay Gecko, they can get away with it, mainly down to their small size, speed and (when needed) aggressive personality.