Echinoderms are a fascinating group consisting of sea stars, sand dollars, sea urchins, and more. This phylum uses small tube feet that are powered by a water vascular system in order to move around.

Generally, water is taken in through the madreporite, a small structure on the aboral surface (the side opposite the mouth-- with a sea star, we would think of it as the top side). Then it can be pumped through a series of canals and tubes and used to expand and contract the small structures called tube feet. By controlling their movement, the animal can move around the sea bed. It's a very different system from the musculoskeletal one found in animals like mammals, birds, etc.

Here's a close up of some tube feet: 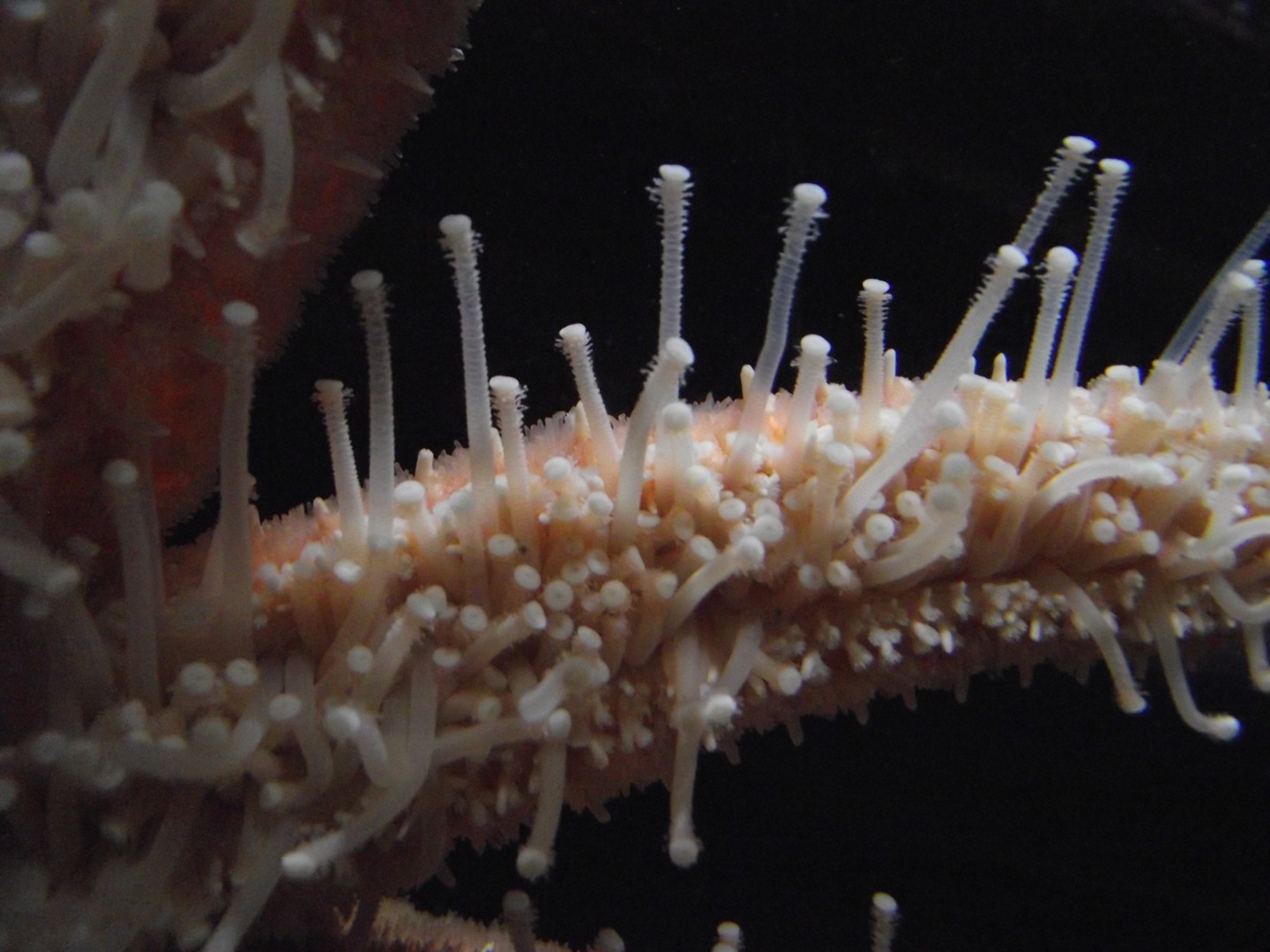 And here's a short video of a sea star walking where you can clearly see the tube feet moving:

And one final note, while the term "starfish" is more commonly used, "sea star" is more accurate as these animals are not fish at all! Lots of organisms have "fish" in their names but aren't fish actually, e.g., jellyfish, cuttlefish.

See all questions in Animal Classification