How do you find carrying capacity on a graph?

Typically, your graph is going to have population on the y-axis and some measurement of time (months, years, etc) on the x-axis. Once the population has reached a steady state, it will show zero growth, which will result in a slope of zero: a horizontal line.

In the image below, the carrying capacity is 10000. 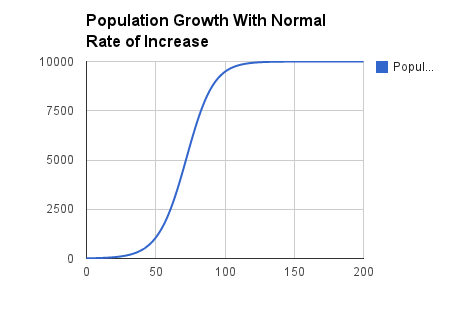 In the graphs below, the carrying capacity is indicated by a dotted line. 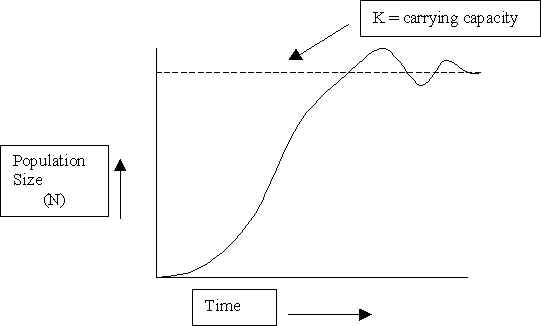 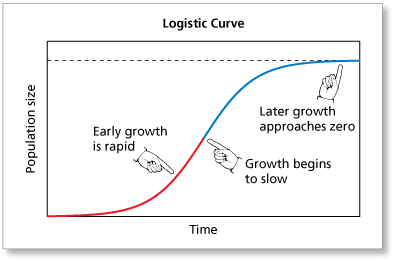 Because populations naturally vary and rarely remain at absolutely zero growth for long periods of time, some graphs will identify carrying capacity, and the area on the graph identified as such will not be a flat line. See the image below for an example. 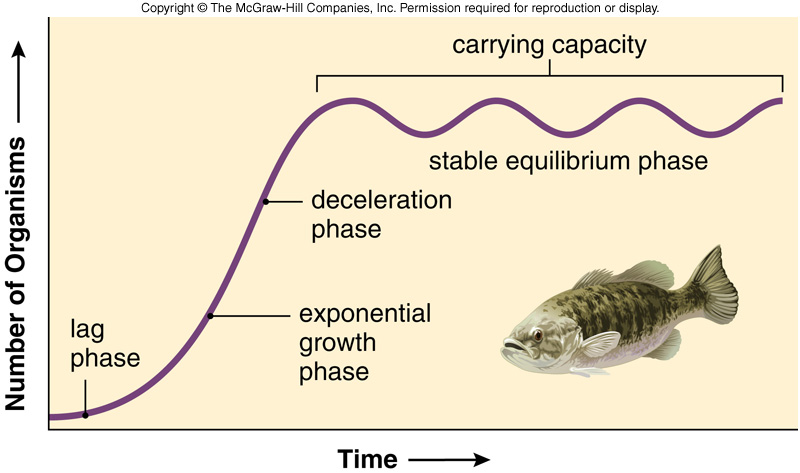 See all questions in Carrying Capacity