How do you read spectrograms? 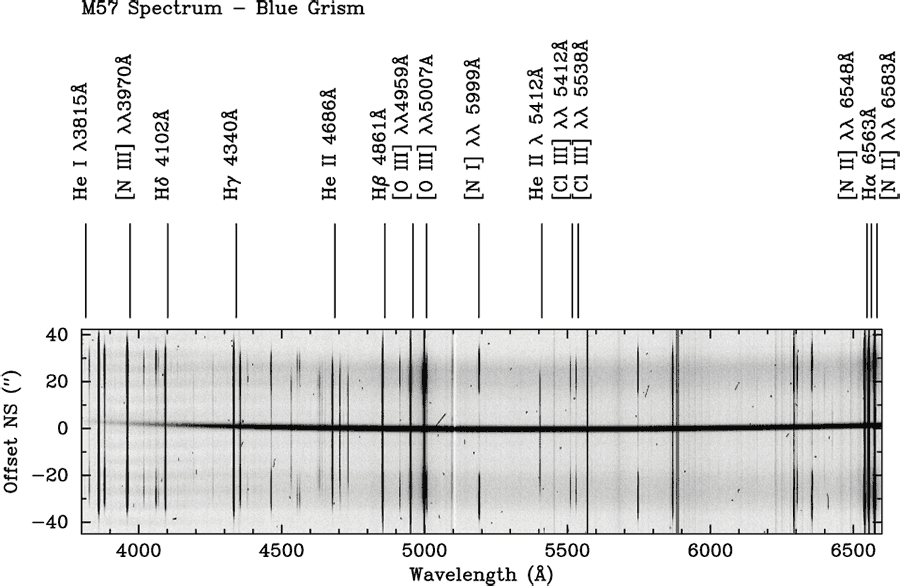 Above is the spectrum in spectrograph form of star M57.

Every star emits radiation at different wavelengths covering large portions of the entire light spectrum. That is what is depicted above.

The dark lines denote the presence of matter other than helium. The reason the lines are dark is that the emitted radiation has been absorbed by elements present in the star. This is important to astronomers in defining the type of a star they are observing and its relative age (old stars start producing elements beyond helium).

1812 views around the world