How does ENSO affect the distribution of rainfall?

El Niño is the warming phase where sea surface temperatures are warmer in the central-eastern Pacific. In South America, warmer and wetter months occur during an El Niño. California also experiences increased rainfall during El Niño. Australia and Southeast Asia are drier than normal. 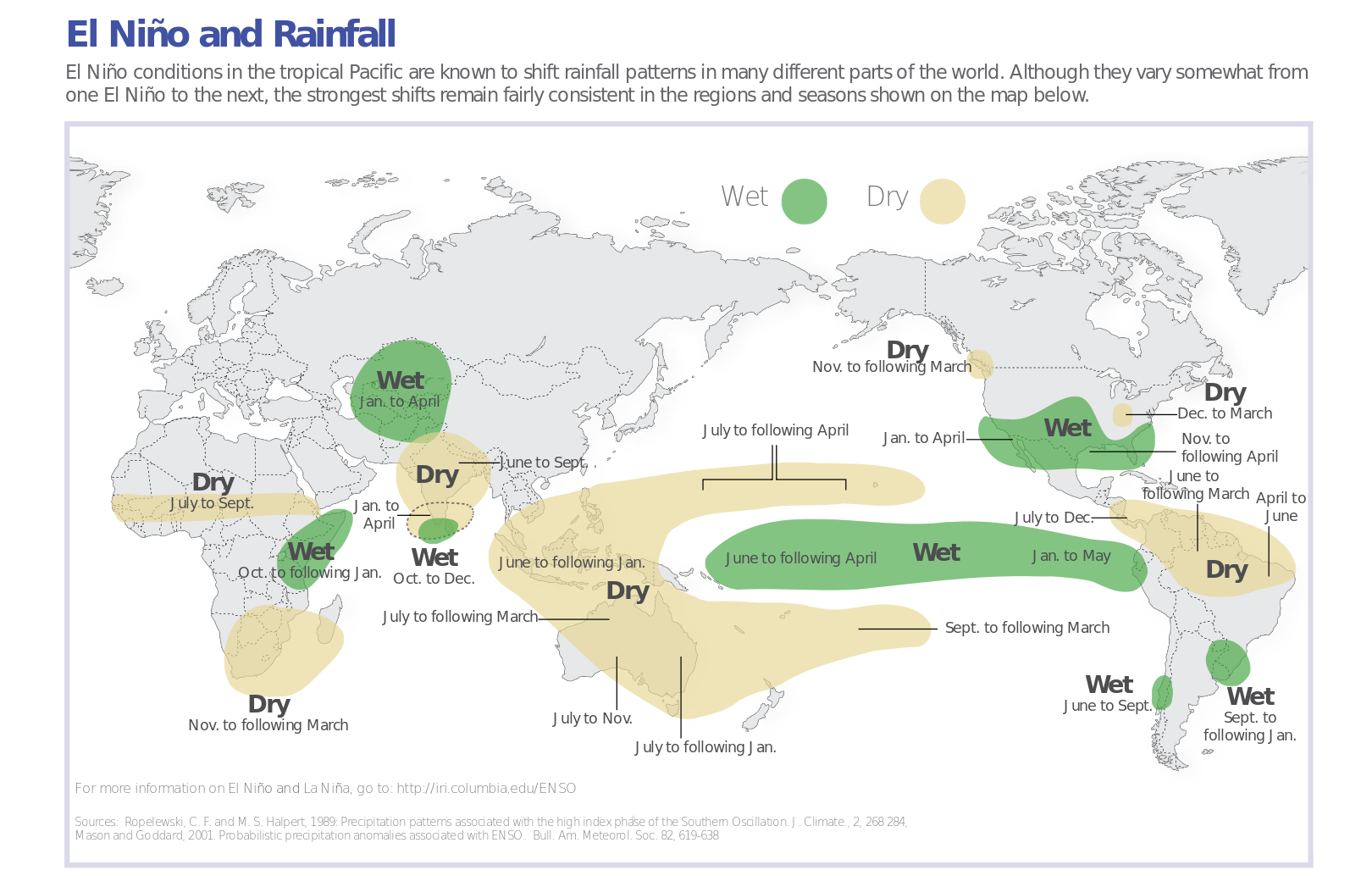 La Niña is the cold phase where cooler ocean temperatures are found in the central-eastern Pacific. In Southeastern Asia, La Niña causes heavy rains. Ecuador and Peru, which were wet during El Niño, are dry. The midwestern US experiences drier summers and wetter winters during La Niña. 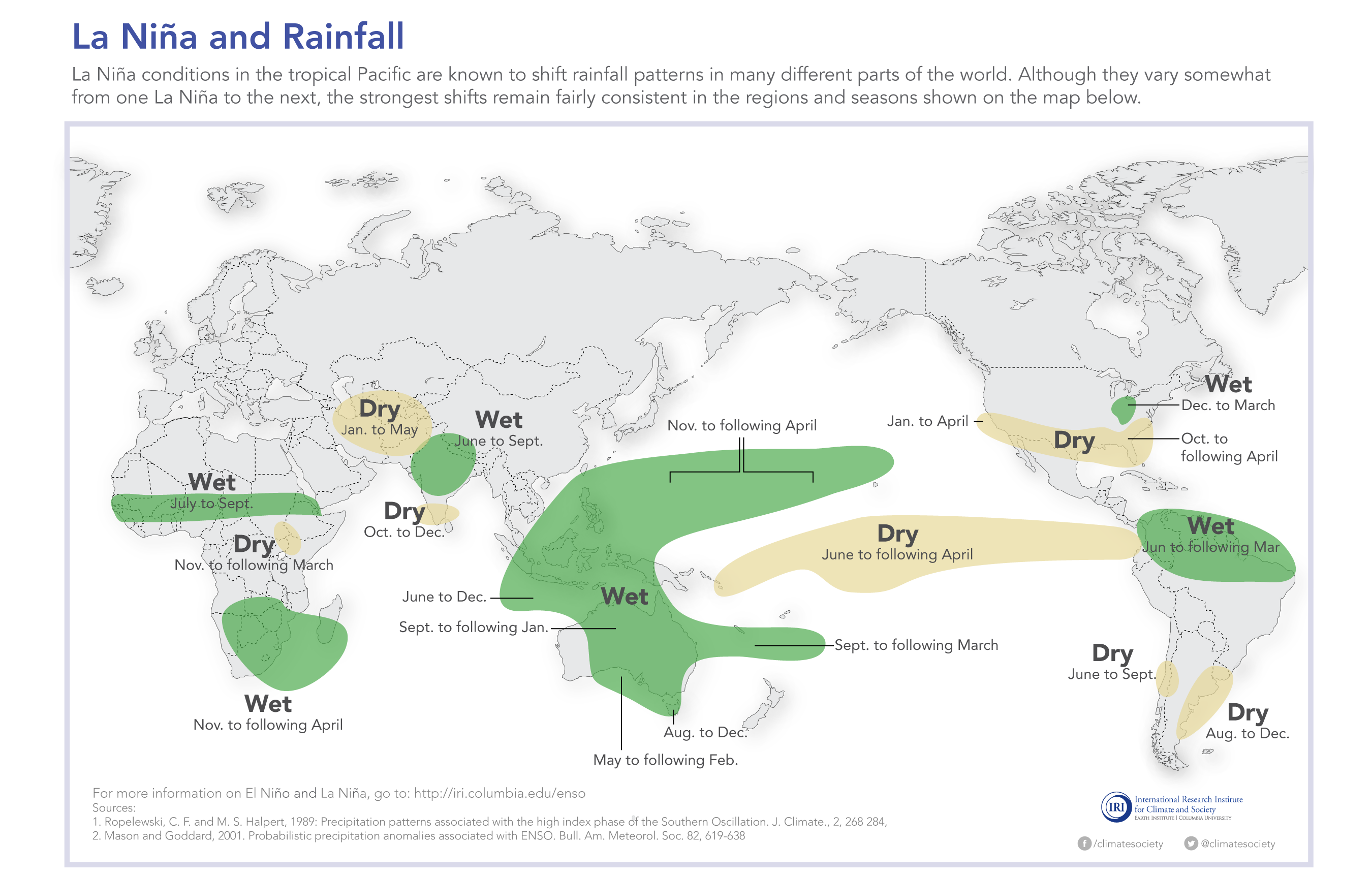 You can read more about ENSO and precipitation here.

948 views around the world