How does light exhibit traits of a wave?

The wave theory of light was proven in 1801 by English physicist Thomas Young, who designed and conducted the famous double-slit experiment.

The experiment was fairly simple and required a light source, a thin card with two holes cut side by side, and a screen. 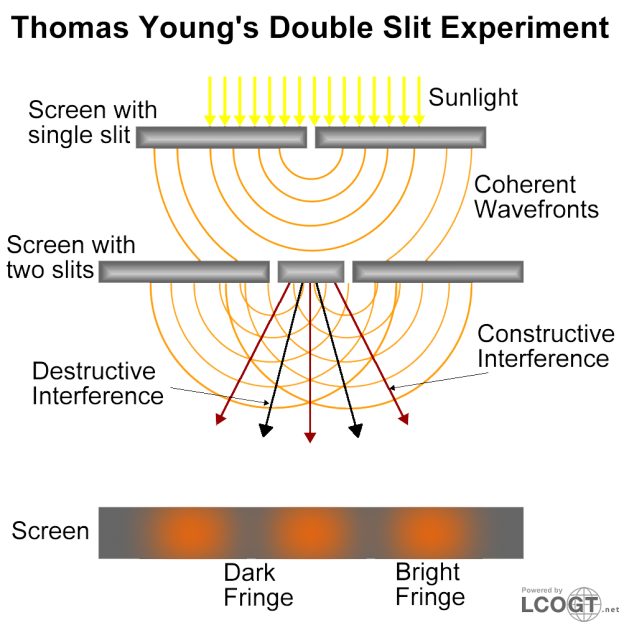 The expected result of the experiment was the presence of two bright spots on the screen, corresponding to the two slits made in the thin card. However, the observed result showed something very different.

Instead of two bright spots, a bar code pattern of bright bands and dark bands was visible on the screen; this was in agreement with the idea that light traveled in the form of waves.

In addition to the conclusions drawn from this experiment, it is also known that light reflects, refracts, diffracts, and exhibits the Doppler effect in the same way any wave would.

See all questions in The Dual Nature of Light

1240 views around the world