How does mitosis conserve the chromosome number?

During the S-phase of interphase, the DNA is replicated, forming two identical sets of DNA. At the beginning of mitosis, the DNA condenses and coils into structures called chromosomes. Each chromosome exists as a pair of identical sister chromatids connected by a centromere.

During metaphase of mitosis, spindle fibers direct the movement of the pairs of sister chromatids to the cell's equatorial plane.

The next phase is anaphase, during which one chromatid from each pair moves to opposite poles of the cell. At this point the chromatids are now individual chromosomes, and there are now two identical sets of chromosomes.

During telophase and cytokinesis, the cell divides into two cells, each with identical sets of chromosomes. 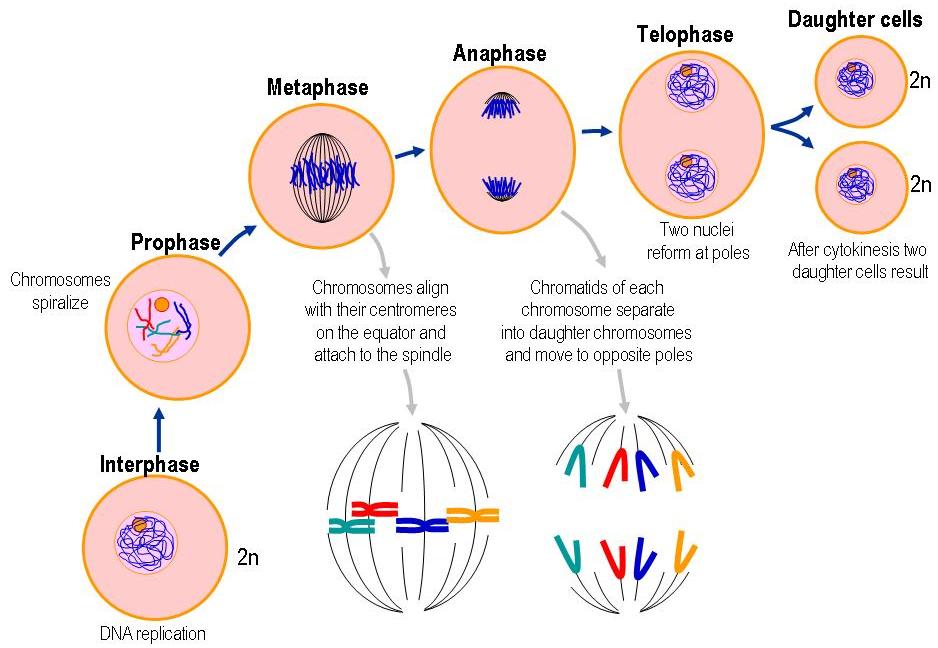 8311 views around the world